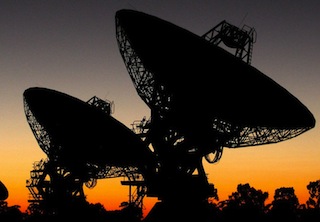 The latest FCC challenge is unfolding at the U.S. Supreme Court, in the form of FCC v. Fox Television Stations.

Since the 1970s, the Federal Communications Commission (FCC) has regulated indecency in broadcast programming. It has enforced laws that prohibit broadcasters from airing, at least during certain hours, any “patently offensive” sexual or excretory material.

And since the 1970s, broadcast outlets have attacked the FCC for doing so. They’ve challenged the agency’s authority, as well as the constitutionality and consistency of its actions. The question today is whether indecency regulation makes sense at all on a media landscape dotted by online and streaming entertainment options.

Consumers today enjoy more freedom to choose what content they consume and the power to shield their children from certain content."

Enter: FCC v. Fox Television Stations, the latest FCC challenge unfolding at the U.S. Supreme Court. It puts the agency’s indecency regime — its regulation of “patently offensive” sexual or excretory material — up against the First and Fifth Amendments. With the briefs rolling in, let’s unpack the case.

The case actually is two in one, involving broadcasts by Fox and ABC. The Fox case began in 2002 and 2003, when the network aired the Billboard Music Awards. At the 2002 show, Cher received an achievement award, and in her acceptance speech she dismissed her critics, saying, “Fuck ‘em.”

At the 2003 show, Nicole Richie, in an exchange with Paris Hilton, said, “Have you ever tried to get cow shit out of a Prada purse? It’s not so fucking simple.” Viewers and interest groups complained about both broadcasts to the FCC, which issued an order concluding that they contained indecent language. The order also reaffirmed the FCC’s intent to regulate fleeting expletives, a relatively new arrow in the agency’s quiver.

Although the FCC didn’t impose any fines, Fox challenged the order in federal court. It ricocheted from the Second Circuit to the Supreme Court, then back to the Second Circuit, where a panel of judges ultimately held= that the FCC’s indecency regime was unconstitutional — the whole thing.

Meanwhile, the ABC case began in 2003, when the network aired an episode of “NYPD Blue” that opened with a woman disrobing in the bathroom. Various camera angles revealed her naked back, buttocks and the side of one breast. Viewers and interest groups complained to the FCC, which imposed a $27,500 fine on each of several ABC affiliates.

ABC and the affiliates challenged the fines in federal court, in the Second Circuit — the same place that had just decided the Fox case. Not surprisingly, the panel of judges vacated the fines, saying, “There is no significant distinction between this case and Fox.”

So that’s where we stand. The Supreme Court is considering the Fox and ABC cases together, because doing so allows the justices to evaluate the FCC’s indecency regime as it applies to live programming (the Fox case) and to scripted programming (the ABC case).

To determine whether the FCC’s indecency regime violates the First Amendment — putting aside the Fifth — the Supreme Court will have to revisit its own landmark case FCC v. Pacifica Foundation, decided in 1978.

At issue in Pacifica was a radio broadcast of George Carlin’s “Filthy Words” monologue, which recited the seven words you couldn’t say on television. Responding to a listener complaint, the FCC concluded that the monologue was indecent, and in a 5-4 decision, the Supreme Court agreed. It ruled broadly that the First Amendment doesn’t bar the government from regulating broadcast indecency.

That case, now the foundation of the FCC’s indecency regime, made two important points. It said broadcasters receive limited First Amendment protection, because 1) “the broadcast media have established a uniquely pervasive presence in the lives of all Americans,” and 2) “broadcasting is uniquely accessible to children.”

Those points are the assumptions built into every FCC indecency action — which means if you challenge them successfully, the whole regime might fall apart. And certainly there’s reason and room to challenge them.

As the Electronic Frontier Foundation (EFF), et al., wrote in its friend-of-the-court brief, today’s media environment is nothing like the one the Pacifica court confronted. In 1978, Americans largely relied on broadcasting to deliver video content to their homes, and parents relied on the “On-Off” switch to control their children’s access to that content.

Now we have new types of media and delivery systems. We have cable, telephone and satellite operators like Comcast’s Xfinity and AT&T’s Uverse; websites like YouTube and Hulu; and video-streaming services like Netflix. Their characteristics and popularity have eroded the “uniquely pervasive presence” of broadcasting.

Plus, consumers today enjoy more freedom to choose what content they consume and the power to shield their children from certain content. Consider the V-Chip, which manufacturers for 10 years have installed in television sets with screens 13 inches or bigger. It allows parents to block broadcast content based on ratings. That level of control, along with new media, has undercut the idea that “broadcasting is uniquely accessible to children.”

All of which means, as the EFF wrote, “It is well past time for the law to recognize how much the world has changed by ending the FCC’s censorship of [broadcasting]. The factual basis on which Pacifica rests no longer holds true … [W]e no longer live in the world where Pacifica was decided.”

No, we don’t. Ours is a world that in 1978 would’ve seemed like a Stanley Kubrick film.

Photo of ABC studios by Adam Fagen on Flickr.

Jonathan Peters is a lawyer and the Frank Martin Fellow at the Missouri School of Journalism, where he’s working on his Ph.D. and specializing in the First Amendment. He’s written on legal issues for a variety of news media, and he blogs weekly for the Harvard Law & Policy Review. Follow him @jonathanwpeters on Twitter.