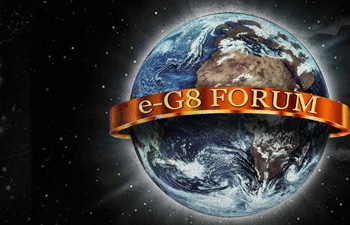 The eG8 conference held in Paris on May 24 and 25 sounded promising; it was the first event to gather G8 members (France, Germany, Italy, Japan, the United Kingdom, the United States, Canada and Russia) to discuss views on “civilizing cyberspace.” It was also the first forum to talk about the digital economy. At least, that’s how it was introduced.

Without a conversation about Net neutrality or even a mention of the role private companies play in censorship, what came out of the eG8 lacked the teeth needed to truly encourage free speech."

But without a conversation about Net neutrality or even a mention of the role private companies play in censorship, what came out of the eG8 lacked the teeth needed to truly encourage free speech around the globe.

Right off, the summit started with French President Nicolas Sarkozy’s opening remarks, defending governmental regulation: “Complete transparency, which never allows a person to rest, will sooner or later come up against the very principle of individual freedom.”

In the final declaration, however, G8 members seemed to take a different tone, writing: “The openness, transparency and freedom of the Internet have been key to its development and success. These principles, together with those of non-discrimination and fair competition, must continue to be an

essential force behind its development.

But members also called for governments to take a role in creating an environment in which the Internet can flourish in a "balanced manner” and what that exactly means is where things start to fall apart.

So first, let’s look at how these countries manage this “balance” in their own countries.

The “Balanced Manners” Among G8 Members

Among the eight members, two are already on the list of “countries under surveillance” published by Reporters Without Borders in March 2011. France itself entered the list in 2011 mainly with the implementation of the Hadopi law allowing suspension of a connection without the judge having to explain his decision. This “graduated response” scheme — under which clients who download music illegally could end up losing their Internet connection — known as the “three strikes” and introduced by the Hadopi law, has inspired other countries, notably the United Kingdom with its Digital Economy Act.

Spain’s Sinde Law also provides measures for website blocking subject to a court order. According to a map compiling data on filtering in Europe, Italian’s filtering is “rampant and problematic” and Germany has an “ambivalent position” on the Anti-Counterfeiting Trade Agreement including “three strikes and you’re out” legislation under which Internet service providers would have to disconnect illegal downloaders. Note also that France ranks below other European countries when it comes to online freedom.

Russia was already among the countries under surveillance in 2010, with Reporters Without Borders accusing the government of using subtle control methods designed to shape information, often resorting to genuine propaganda and placing pressure on Internet access providers.

The United States has its own burden, especially regarding the principle of Net neutrality which is still at stake in the country as well as the defense strategy the Obama administration developed in its International strategy for Cyberspace published on May 16, stating: "All states possess an inherent right to self-defense, and we recognize that certain hostile acts conducted through cyberspace could compel actions under the commitments we have with our military treaty partners."

Electronic Frontier Foundation (EFF) founder John Perry Barlow warned that the summit was about “imposing the standards of some business practices and institutional power centers that come from another era on the future whether they are actually productive of new ideas or not.”

Thirty-six NGOs (non-governmental organizations) also expressed their concerns about the way the eG8 was organized and raised the issues in a joint declaration. One issue was the lack of representation of NGOs. Many high profile players of the tech sector were there: Eric Schmidt (Google), Marc Zuckerberg (Facebook), and Jean-Bernard Levy (Vivendi), but only two NGOs were represented: Reporters Without Borders and Electronic Frontier Foundation.

Also, behind the large principles guaranteed in the declaration lies a vagueness that badly serves the role of the G8 on the Internet. There’s no mention of Net neutrality or the potential danger of censorship by private corporations.

When it comes to state censorship, the G8 doesn’t have a concrete position. As the NGO Article XIX raised: “The Declaration only criticizes ‘arbitrary or indiscriminate’ censorship, which is weaker than international law and would allow many forms of censorship currently being conducted by countries such as Iran and China.”

And what’s worse is that at no point during the summit did the members refer to any of the 125 netizens currently jailed worldwide because of their online activities.

By refusing to give a face to censorship and concrete names to their actions, the G8 members missed the point. During a press conference organized in Paris, Jean-Francois Julliard, Reporters Without Borders’ general secretary declared that “it is easy to defend freedom of speech in Syria, but we should defend it in Italy, Australia and France as well.”

Photos by Ophélia Noor for OWNI

Clothilde Le Coz has been working for Reporters Without Borders in Paris since 2007. She is now the Washington director for this organization, helping to promote press freedom and free speech around the world. In Paris, she was in charge of the Internet Freedom desk and worked especially on China, Iran, Egypt and Thailand. During the time she spent in Paris, she was also updating the "Handbook for Bloggers and Cyberdissidents," published in 2005. Her role is now to get the message out for readers and politicians to be aware of the constant threat journalists are submitted to in many countries.