How to Use Video Assignments to Promote Community Engagement

by Mike Laponis and Don Pollock 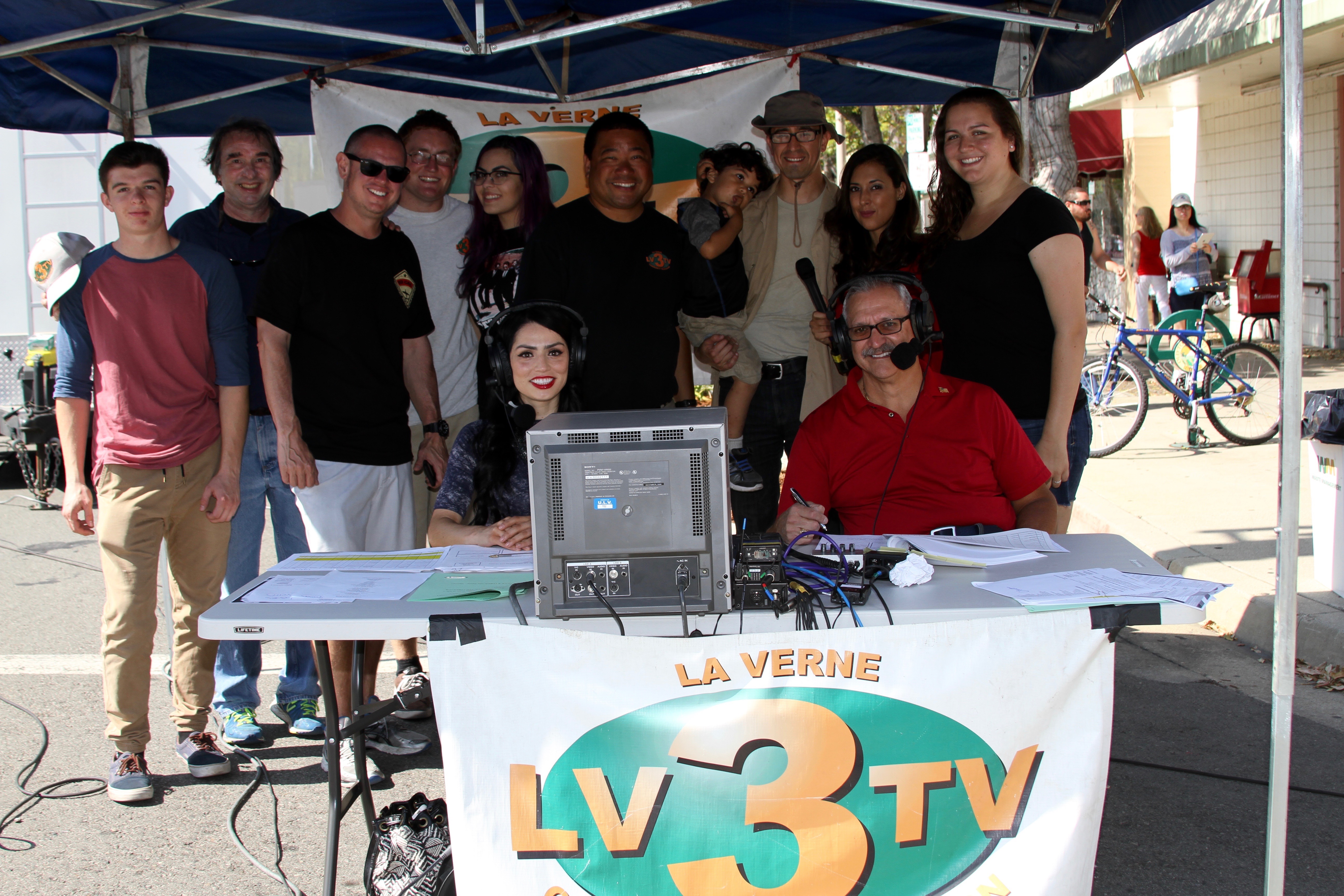 The University of LaVerne's public access station engages with a community underserved by media. (Photo: Shane Rodrigues and Mike Laponis)

This subtle, but important, distinction has students engage with their local communities rather than perceive value can be gained only in service to those less fortunate than themselves. The hope is that civic and community engagement will not only benefit the university communities in which the students live, but will give students experience and skills they can carry with them into the workplace and their own communities.

We want students to see the importance of finding compelling stories to tell in their own backyards and neighborhoods.

Some institutions of higher education even value scholarship that incorporates community and civic engagement. The thinking is that this kind of work and research has a much broader impact than publishing in obscure academic journals read by a very limited number of individuals.

The University of La Verne, a private institution in southern California, has embraced the importance of civic and community engagement, and even includes “a commitment to improving and enhancing local, regional and global communities” in its mission statement.

The University of La Verne’s broadcast program has embraced community engagement and localism at its core, while also preparing students to work in broadcast and film. We do this by sending students out in the community to cover local sports, community events, or cultural programs in nearly every video production course.

Students at the University of LaVerne use local news coverage as a way to engage with the surrounding community. (Photo by Shane Rodrigues and Mike Laponis)

The goal is to engage students in their communities and to find interesting local stories in students’ own backyards. This also helps build skillsets for up-and-coming producers and journalists. Production planning, interviewing skills, and producing skills are enhanced with the students being actively involved with newsmakers and leaders/members of the community.

Throughout the curriculum, students have community engagement opportunities. In the Fundamentals of Video class students learn the basics of film and TV production, and produce a capstone “Making a Difference” video, a short documentary about someone who makes a difference in their community. Fifteen times per semester, the multi-camera classes uses the production trailer to cover a mix of college and high school sports, choral singing concerts and political candidate forums. These productions all air on the local PEG Access channels.

Students in the advanced video production class produce a monthly video magazine program called “Spotlight”. Working in groups of three, students produce three, five-minute videos on interesting people, places and events in and around the cities of La Verne and San Dimas in southern California for a half-hour show with a unique theme, such as the Los Angeles County Fair, local arts and culture, or local businesses among them. Producing these videos and telling these stories builds upon the skillset students need as producers, journalists, and storytellers. They are working directly with community members in accessing, crafting, and telling interesting and informative stories. The finished programs air on the local PEG Access channels.

A University of LaVerne student shoots a community event. (Photo by Shane Rodrigues and Mike Laponis)

While it is difficult to measure the impact of the department and students’ engagement on the community, we can identify positive outcomes. La Verne and San Dimas are suburbs of Los Angeles, but Los Angeles media rarely covers these communities. Election coverage and news provided by University of La Verne students are the only source of local news for residents of these communities.

The videos for local non-profits produced by the University of La Verne Communications Department employ students as paid or student workers. Students gain professional experience by working alongside their professors on high-level professional projects which have an impact in the community.

Because of their experience working at the University run PEG Access TV stations and the community programming they have produced, a number of University of La Verne broadcast graduates have gone on to careers in community media. These alumni now work for community television throughout California and elsewhere in the country.

Teaching video production and journalistic skills in our curriculum is based with a rich, experiential approach. We want students to see the importance of finding compelling stories to tell in their own backyards and neighborhoods. This builds a skillset not only for a good career, but a good citizen. The hope is that students will carry the lessons of using film and video to make their communities, and the world, a better place.

Michael Laponis is Professor of Communications at the University of La Verne. He teaches audio and video production and runs the campus radio station, LeoFM. Mike is a professional voice over talent, audio producer, and filmmaker. Don Pollock is a professor of communications at the University of LaVerne and station manager for LVTV (La Verne Community Television) and KWST (San Dimas Community Television). His research interests are in international broadcast education and domestic and international community media.