The News Deserts in Immigrant Communities 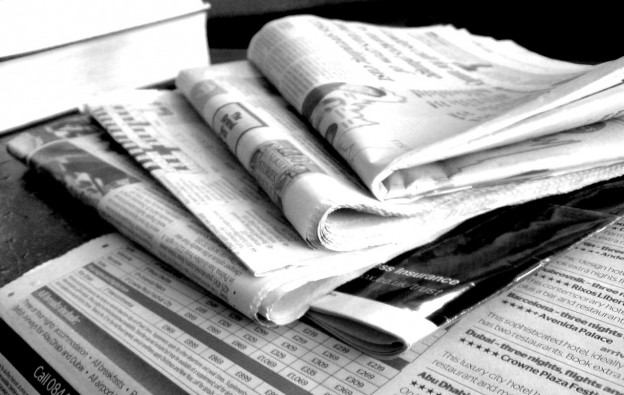 If newsrooms want to rebuild trust with underserved audiences, they can start with immigrant communities

For the past four years, my life in New York City consisted of a regular trip from my home in Crown Heights, Brooklyn, to spend an evening with my in-laws in Ridgewood, Queens. There, my husband’s mom introduced me to Andean dishes like llapingachos — a pillowy, cheese-filled, potato pancake — and taught me how to create perfect folds in the preparation of empanadas.

The food, of course, wasn’t the only cultural difference between my husband’s family and my own. When it came to news, I was effectively traveling from the most media-saturated landscape in the country — one designed for a college-educated, iPhone-equipped, white professional like myself — to a very different ecosystem for Spanish-speaking immigrants.

My husband’s parents, Ecuadorean immigrants who construct condominiums and clean homes, do not receive email newsletters or mobile news alerts. They have never been invited to a town hall to mingle with newsmakers and offer up story ideas. Google Cardboard has not arrived in the mail. Their media diet consists of Univision news and El Diario La Prensa — the country’s oldest Spanish-language daily. But those outlets are often insufficient when it comes to local news that addresses their immediate concerns. Univision’s strength is its national reporting, and El Diario La Prensa has thinned out in recent years after several rounds of staff cuts. And so they get their news just as often from church acquaintances, friends, and lawyers.

Their options for news and information may be limited, unreliable, and, at times, expensive, but they are better off than many immigrants elsewhere in the country, who have no local news catered to their concerns and delivered in their language. And in communities with few or no local media outlets, fake news and misinformation spread quickly.

In February, a relative sent us an article about Trump’s plans to ease visa restrictions for Ecuadorean visitors. “Is this true?” she wrote on WhatsApp. The same fake news story had spread throughout diaspora communities from around the world. At the same time, unchecked and often false rumors of ICE raids among immigrant communities have fueled fear and mistrust.

While the news deserts in middle America have been well documented, trends in ethnic media have been less so. But a few figures paint a picture of the yawning gap between the news industry and the country’s immigrant communities: In the past 45 years, the number of foreign-born Americans has climbed, their share of the population nearing the historic levels of 125 years ago, during the height of European immigration. Back then, more than 1,000 German language newspapers were published to serve what was at the time the country’s largest non-English-speaking immigrant community. Today, there are a total of four dailies serving Spanish-speaking immigrants, down from 35 in 2002.

Since Trump’s election, many journalists, news executives, and media funders have undertaken a long overdue reflection into the disconnect between the media and much of America — a gap that is often framed as separating the cosmopolitan coasts from the rural and suburban heartland. But we need not hop on a plane to find communities that have been neglected and unnewsed. Media bubbles are not only geographic, they are also linguistic, cultural, and economic. And like middle America, immigrant communities are increasingly neglected by local newsrooms and left behind by the industry’s investment in new business models, distribution strategies, and reporting methods.<

According to Michelle’s List, a nationwide database of local digital news outlets, only 3 of more than 300 publications describe themselves as serving immigrant communities. In a similar database compiled by the Columbia Journalism Review from 2010 to 2012, not one of the three-dozen digital outlets out of New York City focused on covering immigrants, who make up nearly 40 percent of the city’s population. (Outlets serving black audiences have similarly been left out of the innovation race, as journalist and publisher Glenn Burkins outlined in the recent Columbia Journalism Review.) With little resources to invest in innovation and training among local ethnic press, the urgent needs for verification of fake news and misinformation have largely gone unmet.

The struggles of the ethnic press, like that of local newspapers across the country, are not new. But since the election of President Trump on a platform of anti-immigrant rhetoric and policies, the disconnect between the media and immigrant communities has come into sharp focus. At a time of widespread fear, why would an immigrant want to speak to a reporter, especially one from an outlet they don’t know and trust? A recent NPR story about how fear of deportation has led to a drop in the number of immigrants receiving food stamps and other social services ended with this unusual footnote: “We tried repeatedly to find immigrants willing to talk to us for the story, even without using their names. But we were unable to do so.”

Think about that for a moment. One of the country’s largest newsrooms was unable to find an immigrant to talk to for a story about immigrants. Notwithstanding some excellent reporting on immigration by journalists around the country, many local and national newsrooms lack the relationships with immigrant communities that are needed to uncover and investigate urgent and important stories.

How can we create a media ecosystem that better serves today’s America — a country where immigrants and their U.S.-born children make up more than one-quarter of the overall population?

From media funders and investors to researchers, editors, and entrepreneurs, there are steps we can all take to bridge the gap between the news media and immigrant communities. Here are a few suggestions, and I invite you to share your own in the comments:

As we design ways to reinvest in local reporting, it is important that we consider all of the diverse audiences who can benefit from innovative, in-depth, and engaged local journalism.

Madeleine Bair is a journalist, human rights documentarian, and civic media innovator. She is researching the information needs of immigrant communities in Oakland, California.

Thanks to Diana Montaño and Daniela Gerson for valuable feedback.