What 360 Video Is Teaching One Resort-Town Newspaper Team 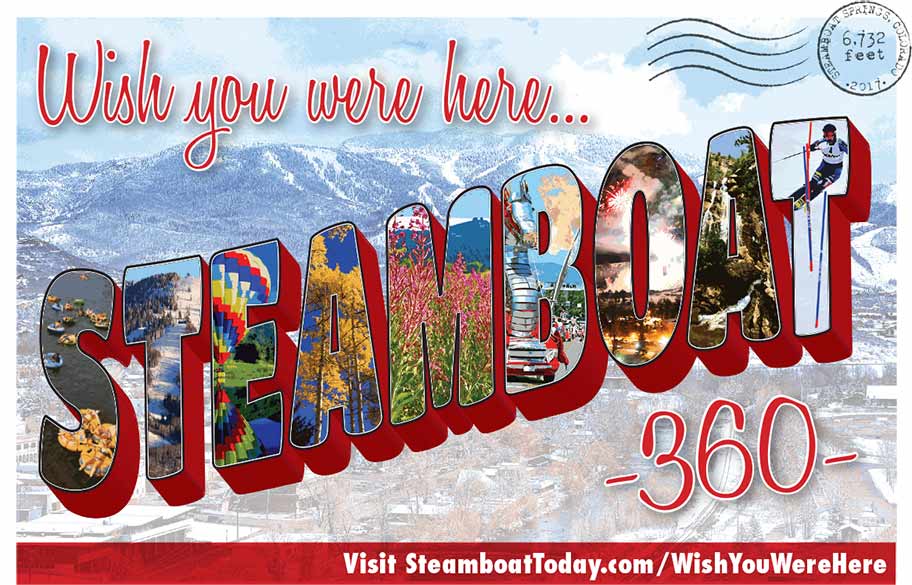 With nearly half of their website traffic coming from outside visitors, the staff of the Steamboat Pilot and Today in Steamboat Springs, Colorado — a ski resort community — is experimenting with a new technology to immerse visitors in the sights and activities.

Editor Lisa Schlichtman says when she saw The New York Times’ work with 360-degree video, she wanted to try the technology in her newsroom. The opportunity presented itself after Swift Communications purchased the newspaper last year and offered resources and training for a 360-degree video initiative.

After experimenting with the technology for several weeks, the Steamboat staff launched the “Wish You Were Here: Steamboat 360” video series.

The videos have attracted as many as 12,000 views, which is higher than regular video views, she says. However, they’ve encountered one challenge to overcome in terms of views: high bounce rates on the videos after a short time. A less expensive camera also means lower quality video. But Schlichtman says she sees a lot of potential for the technology so they’ll continue to experiment and look for ways to improve.

“Our audience seems to really appreciates that we’re continually looking for ways to enhance our storytelling through new technology,” she says.

Jennifer Nelson: What resources did it take to launch this project?

Lisa Schlichtman: You do need to be able to purchase a 360-degree camera. We were given one through Swift. It’s not an expensive camera. It’s about $500. In addition, we also have one subscription to Adobe Premiere for production. My team can actually do the videos themselves without Premiere but if we want to add captions and stitch videos together, then they use Premiere. We were able to start up the project and have four of my photographers produce videos for under $1,000.

When my reporters go out on assignment, they are already expected to produce photos and video with their stories if applicable. The 360 project was absorbed within my current staffing but divided between four journalists, so it’s very manageable. Right now, a person can go out and get a video, and depending on what they’re covering, have the video produced in two or two-and-half hours. That’s without a lot of stitching together. With stitching, it probably takes about three hours total.

In terms of training, we basically learned by doing.

We also created a marketing campaign to promote the project. It started with a “From the editor” column from me, which introduced the concept to our readers. Then we ran house ads in print and online. We also printed “Wish You Were Here” postcards with the website URL and a brief explanation about the project that we have made available throughout town. When our reporters and videographers are actually covering an event, they’ll hand out these really cool full-color postcards to the crowds.

How has the audience been responding to the new video project?

Schlichtman: They love it. We’re getting more and more people saying, “Hey, can you do 360 video here and there?” Not everything lends itself to a 360 video. Sometimes just a plain video is better than a 360 video depending on what you’re shooting.

The video player on our website currently does not handle 360 video so we’re trying to kind of skirt around that. We have a posting mechanism with hashtags and specific titling to reach various audiences. We post to YouTube. We also post to Facebook. Facebook doesn’t do anything for our web traffic, but It is highly viewed. We get on average 4,000 people viewing the 360 videos, which is high for us. Some of our videos have been attracting upwards of 12,000 views. We also post the videos on a “Wish You Were Here” flatpage on our website and embed the videos within stories to further increase engagement.

The other interesting statistic that we found out was people, on average, are only viewing these videos for about eight seconds. There are three other Colorado papers — Vail Daily, The Aspen Times and Summit Daily News — which are also experimenting with 360 video so we have weekly video conference calls to discuss our successes and failures. They’re finding the exact same thing: People aren’t looking at our 360 videos that long. That’s going to be the tricky piece. I don’t know if we had a different video player, if that would change it.

We have other videos that my reporters shoot with an iPhone with limited production and those tend to keep people on our site longer and that’s why we include them with as many stories as we can because it really keeps people on our site and engaged.

Knowing what you know now, what would you do differently if you were launching this for the first time?

Schlichtman: The video camera that we have is very easy to use and its output doesn’t require a lot of stitching together. The quality is not as high as a more expensive camera, but then what you run into with the more expensive cameras is there is a lot more production time. That’s the dilemma.

Having a video player that does play 360 video is also important but we’ve found workarounds. In a perfect world, we would have matched the technology with what our website can do.

What situations and settings have you found work well for your 360 video and that the audience likes?

Schlichtman: Some of our more popular videos have been concerts and festivals.

We also find moving with the camera hasn’t worked extremely well. We found that putting the video in the middle of the action and making sure the video is at eye level creates the most pleasing videos to the eye. Steamboat hosted WinterWonderGrass, which is a huge bluegrass festival, and we were able to put the video right up on the stage with the performers. It was amazing because we were able to show not only the band but the crowd and you really felt like you were there. Any events, any festivals are great places to use 360 video.

We also produced a video where one of my reporters was up in a helicopter above Fish Creek Canyon where there had been an avalanche. This was more of a news project. It was extremely effective. People could actually feel like they were flying in a helicopter. We plan to do a 360 video of a hot air balloon ride and have a long list of other things to video in and around Steamboat.

What’s next for your “Wish You Were Here” or 360 video projects?

Schlichtman: We’re going to keep producing “Wish You Were Here” videos and create a library of them on our website. One of our missions as Steamboat’s daily newspaper is to be the first place where people go for information, especially those who are planning a trip to Steamboat. I think it’ll be great when we have one hundred 360 videos on our website that people can view.

I definitely think we’ll also look for ways to use 360 video to cover news events, where fitting, especially anything that’s weather related. But we’ll use it judiciously.

People love to read about restaurants and chefs and anything food related, and so we plan to incorporate new restaurant openings in the “Wish You Were Here” series. We’ll actually let people take a view of the restaurant before they make a reservation. I think that should be hugely popular because anytime we write about a restaurant, we get amazing engagement.

I also believe there’s an opportunity to scale our “Wish You Were Here” project to other mountain resort newspapers owned by Swift. Of course, we’ll look for ways to monetize the project going forward.