How I Got My Productivity Groove Back With Internet Restriction Apps 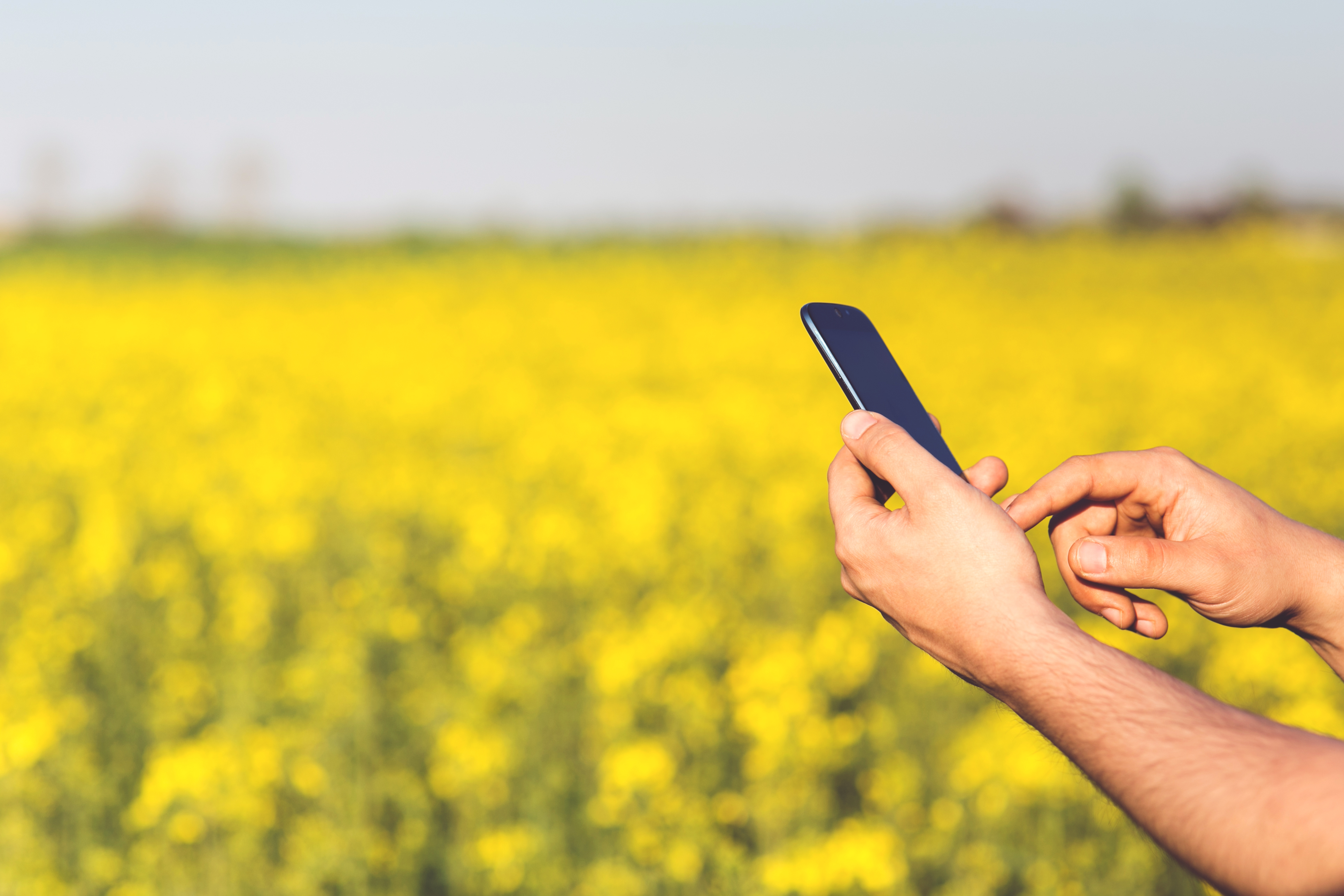 Photo by Kaboompics on Pexels.com and used with Creative Commons license.

I never thought it could happen to me. For years, while everyone else was walking around hunched over their smartphones, looking like they were a few drawings to the left on the “March of Progress” human evolution illustration, I walked upright, my flip phone buried somewhere in my bag, out of sight and out of mind.

For several years I’d been reporting about the dangers of Internet addiction, reviewing books on the subject (such as Catherine Steiner-Adair’s The Big Disconnect) and interviewing experts such as David Carr (author of The Shallows and The Glass Cage). As I detailed in some rather self-satisfied articles, I was strict about following the American Academy of Pediatrics’ guidelines for restricting screens around my kids when they were babies and preschoolers. After all the research I’d studied about how kids copy the interactions with technology that their parents model, I tried to avoid even looking at screens in their presence.

I’d made it to middle age without developing an Internet addiction, so I was free and clear forever, right? Wrong. I finally caved in and bought a smart phone in the summer of 2015. My kids’ friends’ parents seemed to communicate questions about play dates, piano practices and homework only through texts, and I was tired of pecking out replies on my flip phone keypad and paying ten cents every time I sent and received a text. Plus, with my kids finally both in school full time, I started picking up random freelancing and teaching assignments around the Denver metro area and it was useful to have a navigation app to tell me how to find them. I grew so fond of the helpful voice that speaks from my Android phone that I named her Sister Wife. In my marriage, Sister Wife handles driving directions, scheduling reminders and figuring out what restaurant to visit.

Still, even with my newfound friendship with Sister Wife, I promised myself that I wouldn’t become one of those huddled, inattentive phone people. I restricted my phone use, and still tried not to limit looking at my phone or computer from when my kids got home from school to when they went to bed.

It Turns Out Smugness Cannot Protect You From Internet Addiction

And then came the presidential election of 2016. As my sense of dread about the potential outcome mounted, I began to check various websites obsessively for poll data and campaign scuttlebutt. My Internet use spiked—my kids would be in the living room, and I’d think, “There’s no harm in me checking FiveThirtyEight really quick. I’m in the kitchen where they can’t see me.” But they would invariably look for me after a few minutes and find me thumbing through Twitter. “You’re turning into one of those phone people,” my daughter informed me.

I looked forward to November 9, thinking that then the election would be over and I could regain my productivity. Boy was I wrong. Shocked by the surprise outcome, I only started to gorge on the Internet more. The onslaught of salacious developments kept me clicking from one website to the next. Indeed, as Farhad Manjoo wrote in the New York Times about his failed attempt to avoid all Trump-related news: “I could find almost no Trump-free part of the press.”

Tim Wu, author of The Attention Merchants: The Epic Struggle to Get Inside Our Heads, wrote for the New York Times that Trump uniquely controls us by waging the “media strategy of ‘continual warfare'” and he further writes, “beyond the combat, another key to the addictive nature of Trump-news is its unpredictable, erratic nature.” Trump-related scandals and decrees and the reaction to them operate on a “variable reward schedule.”

Behavioral researchers long-ago figured out that a rat that was intermittently rewarded for pressing a pedal for a treat would keep pressing that pedal long after a rat who had been consistently rewarded would give up when the treats were extinguished, deciding there were no more treats to be had. The variably rewarded rat, and the Trump-news addicted mom would think, “You never know. If I press this pedal, it just might make another treat/piece of evidence about the impending collapse of our nation spit out.”

The fact that I was becoming so addicted to the Internet, and that I was being so well played by forces that I had been studying practically my whole adult life—from my undergraduate psychology degree to my focus as a journalist on the perils of Internet addiction—made me mad. I was going to stop, and take back control of my time and attention. But I was so far gone at this point that I needed help.

I called in the cavalry in the form of Internet restriction apps. I’d been reading about these apps for several years, chuckling over accounts of fellow writers who found they couldn’t get any writing done unless they disabled the Internet on their computers. Oh, you poor, weak lambs! I’d think.

Now I was a weak and trembling lamb with a touch of mange. (Oh how the mighty have fallen! the little nun who lives inside my head gloated.) I researched several of the apps to find out which one was best for combatting my particular addiction:

After considering the options, I decided I didn’t need Time Sink—I already realized that I was spending too much time on Twitter, Facebook, Politico and RealClearPolitics.

I thought StayFocusd might not work for me, because I’m required for several of my jobs to use Twitter, Facebook and other websites for research and to share links to my articles when they run. I couldn’t predict how much time I’d need on any given day.

Because my work and personal life are so entwined with the Internet, I couldn’t manage my Internet addiction like you might kick alcoholism—quitting cold-turkey. Instead I’d have to manage it like a food addiction—you still have to eat, but you need to do it responsibly.

Given these restrictions, I decided to try the simplest of these programs, SelfControl, which had the bonus of being free. If I couldn’t get a handle on my addiction using SelfControl, I could ramp up to one of the paid options that would block my access in more creative and variable ways.

Finally: Some Self Control

To be more effective, I decided to attack my addiction with a technology/Catholicism combo. During Lent, I would use whatever social media I needed to for a few minutes after I put my kids on the school bus, and then at 9:30 I would turn on SelfControl and restrict myself for at least eight hours.

On Fat Tuesday, while others reveled with alcohol and food, I wallowed in websites that I would soon forbid myself. (It actually feels about as bad to binge on the Internet as it does to binge on any other thing—you end up with a sore neck, carpal tunnel symptoms, and feelings of vague malaise, anxiety, and dissatisfaction.)

On the first day of Lent, I clicked on the SelfControl app on my computer. Its logo, a white skull on top of a black spade, seemed appropriately penitential. I entered a number of websites to its blacklist that I was not allowed to look at during my workday, everything from social media to the Washington Post.

Did I suffer withdrawal symptoms or experience anguish that I couldn’t do anything on my computer except work? Only a little bit. Sometimes when I’d finished a project, I used to reward myself with a little messing-around-on-the-Internet time, so I’d visit a website that I hadn’t added to my restricted list. But I always ended up taking more than the intended ten-minute break, so I’d just add that website to my list of forbidden ones until there was little left to tempt me.

Did I ever cheat by checking these websites on my phone since SelfControl only ran on my computer? Sometimes, but usually only during my lunch break, and I was able to disengage much more quickly and easily than before.

I am now three weeks into this experiment, and I’m truly feeling more productive. The sky might be falling, but you still need to get your work done in case it doesn’t fall before your next mortgage payment is due. I find it’s much more helpful not to seek constant sky-is-falling updates. At the end of the day, you can check your news sources once to see how much the sky has fallen that day, and that is enough. I sometimes forget to turn on the SelfControl app now, and instead just obey my restriction out of habit. My life feels a little more sane, and less like I’m being controlled by an evil overlord.

Most importantly, I think, is that I’ve been humbled by this experience. Anyone can develop an Internet addiction at any time, no matter how much you know about it or how good you’ve been at evading in it before. Contemporary society is geared toward encouraging such addictions—with the smart phone being a vital tool for work and daily life, companies and interest groups becoming ever more clever at figuring out how to capture your attention on the Internet, and the tacit permission you get to indulge in a screen when everyone around you also has their heads bent over a screen. Now, instead of looking on these people with disdain, I see them as fellow sufferers, people who like me, might need a tech boost to develop some SelfControl so we can StayFocusd, avoid a Time Sink, and gain Freedom.