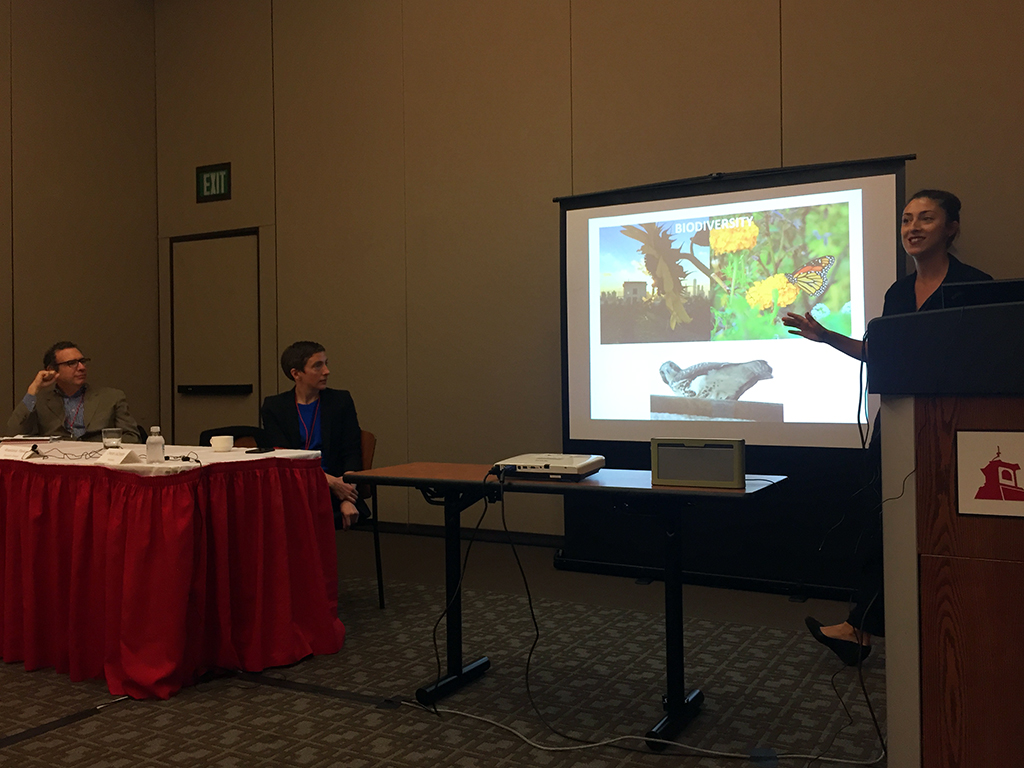 Community engagement and developing local partnerships are the keys to success in sustaining local news organizations.

Those were the main takeaways from Sustain Local 2016, a conference hosted by the Center for Cooperative Media last week at Montclair University in New Jersey.

News organizations are no longer in the “article business,” said ProPublica’s Director of Business Development Celeste LeCompte. News orgs must instead find new ways of generating revenue using the valuable resources they already have.

“We do meaningful work that people care about,” she said on a panel about monetization strategies. “Let’s get more value out of it.”

The ProPublica Data Store, where the news organization sells the data it used for some of its biggest investigative stories, has pulled in $200,000 since it opened two years ago.

LeCompte explained that after reporters dig for and acquire data, it’s compiled into cleaned up and organized data sets, repackaged and then sold on the store.

On Friday, ProPublica had just launched version 2.0 of the store. But when the project first began it wasn’t difficult or costly to operate – it was just “some download links and emails,” LeCompte said.

Journalists, other news organizations and academics have all used ProPublica’s data. And even Yelp has used data from ProPublica’s investigation about ER wait times on the pages of individual hospitals, alongside reviews.

While not a journalist, Anastasia Cole Plakias, a founding member of the Brooklyn Grange, illustrated how, with some creativity, a business can successfully expand its income streams. When the Brooklyn Grange — the largest rooftop farm in the world — opened, its initial objective was to grow and sell produce. Now the company carries value-added products (like hot sauce), manages an apiary program, offers classes, hosts events, consults on design and installation for other green roofs around the world (including one for VICE Media), and offers event space for weddings, photo shoots and commercials.

The Importance of Engagement

Engaging local communities throughout the reporting process can pay dividends, according to panelists speaking about the importance of investing in deeper connections with audiences.

There is research that shows that increased user participation and engagement does lead to increased trust in news sources, said Carrie Brown, the director of the new Social Journalism M.A. program at the City University of New York.

Audience engagement is often thought of as something that happens after a news story is completed, she said. But the goal should be to make audiences part of the reporting process.

“How does the community inform the journalist and the story – not just ‘how do we reach the widest audience?’” ProPublica Community Editor Terry Parris asked.

Journalists would do well to learn lessons from fundraising in public radio, said Chris Satullo, the founder of Keystone Civic Ventures who was formerly with the Philadelphia Enquirer.

In the past, listeners who called in to donate would often say that the local radio station was part of their lives – those listeners felt truly engaged by the station. And, listeners who attended events were more likely to be members.

Brown also pointed out that historically the media has done a poor job of reaching diverse communities, especially communities of color. Working to connect with these groups can serve the additional benefit of an expanded audience.

Audiences want help with their personal struggles, Satullo said. Journalists should help them find the community of interest that has developed around whatever issue is in the middle of their lives and help them to discover they’re not alone.

Navigating the Path to Success and Sustainability

The key to success for any local news site is that the news it publishes is actually very local, said Michael Shapiro, the founder and CEO of Tapinto.net, a network of websites covering small municipalities throughout New Jersey and New York.

That – and community engagement – has worked for the Lo-Down, which covers Manhattan’s Lower East Side, said its co-founder and publisher Traven Rice.

Shapiro now franchises his site’s framework and business model to others. When he started the site, it covered just two towns. Now the network covers 75. The Lo-Down has an arm that offers production and consulting services.

Andaiye Taylor, the founder and editor of Brick City Live, which covers Newark, N.J., said she is currently negotiating deals with big-name advertisers and is developing working partnerships with other local institutions. Her site also has a mobile app. Many of the panelists said their websites publish sponsored content.

The speakers also expressed one very real drawback familiar to anyone who works in the media industry: fatigue.

Taylor said in the three years since she founded Brick City Live, she has considered walking away at least once a year. (She doesn’t anymore.)

When Rice was asked if she recommends that others start a local news site, she paused.

“Only if you’re very passionate about it,” she said.

But despite all the challenges, the work is rewarding, said Liena Zagare, the publisher and editor of Corner Media Group, which runs local news sites in Brooklyn, N.Y.

“You do get to have a real impact in a lot of people’s lives,” she said. “You have real power to change things and inform people and empower people and that is incredibly satisfying. And I cannot imagine a better job.”