Cambodia Provides Perspective on the Cost of Discouraging Dissent 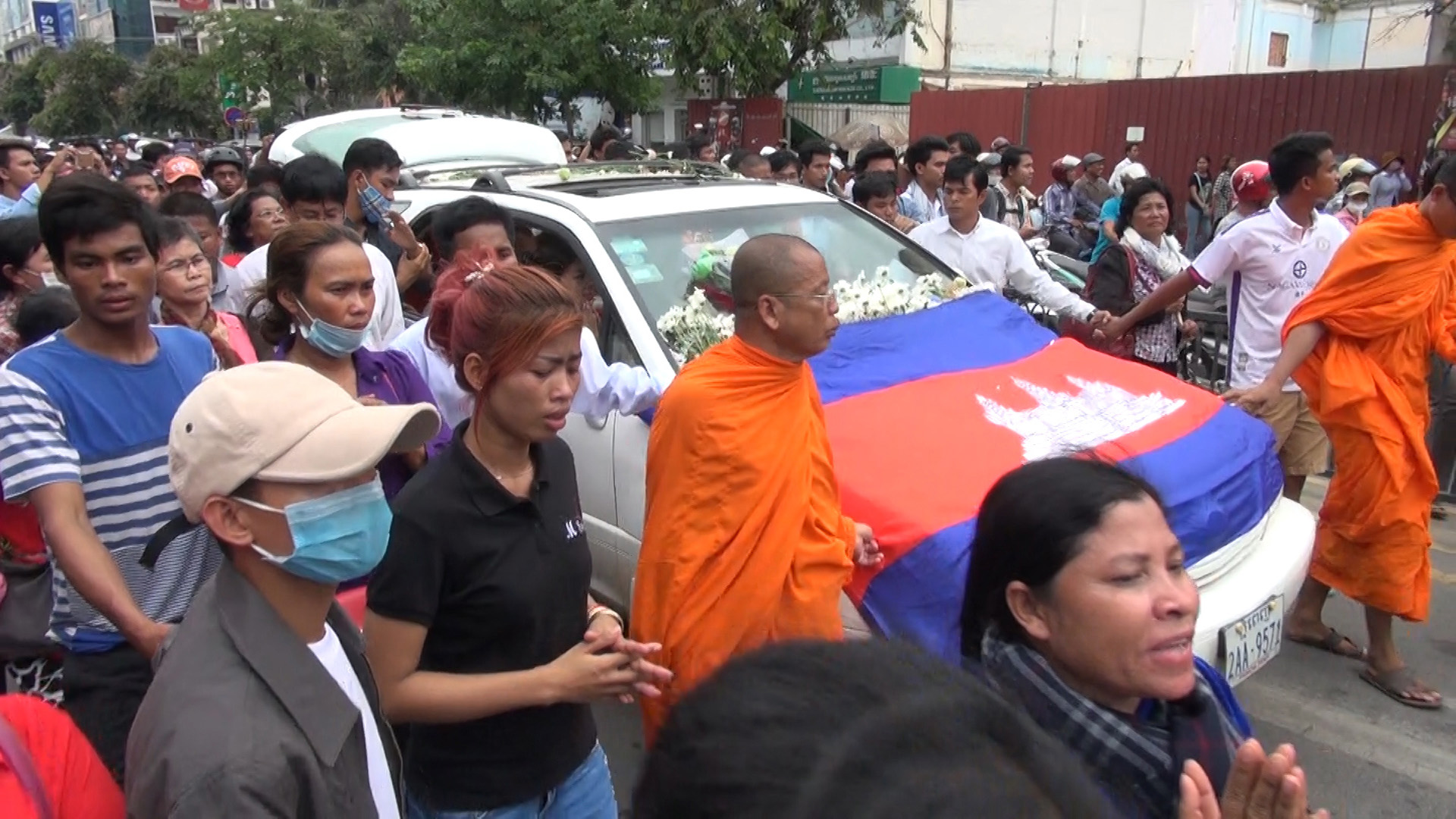 Monks and mourners march in honor of Kem Ley. Photo by CCIM Voice of Democracy.

Last month, one of the few brave voices speaking out against government corruption in Cambodia, Kem Ley, was shot dead in broad daylight. According to the Asia Sentinel, it was just the latest of “hundreds, perhaps thousands, of murders carried out by Hun Sen’s regime in the last 30 years,” with not one single case having been brought to justice.

While Kem Ley’s death is an extreme example, it’s an example nonetheless of how dissent and discourse are threatened across the globe and yes, even here at home.

Monks and mourners march in honor of Kem Ley. Photo by CCIM Voice of Democracy.

In June, I worked with Cambodian Center for Independent Media (CCIM) in Phnom Penh. With a mission and vision similar to ours at the Open Media Foundation, CCIM has emerged as the strongest media voice in Cambodia against corruption, and in support of an engaged democracy. With two FM Radio stations, and a highly trafficked website, they now have over 500,000 Facebook followers and are expanding into a more strategic and innovative use of media in partnerships with local and international NGOs.

Our mission and vision are similar: fostering public awareness driven by people, and not by government or commercial interests. However, it was quickly apparent that the stakes are much higher for CCIM. Journalists criticizing public and private-sector corruption in Cambodia face regular violence, arrests, and even murder, with impunity. The CCIM staff are so devoted to the ideal of free speech and open debate that they literally put their lives at risk to push for change and accountability. In the United States, we are fortunate that the dangers are much lower, though upon reflection, I could not help but notice that in some ways we are not as far apart as we would like to think.

While in Cambodia, I regrettably missed an opportunity to engage in the current U.S. presidential election, including the caucuses in my home state of Colorado. Albeit entertaining, I have been finding this election to be the most disturbing political drama of my generation, and it is not the outlandish statements made by the candidates that concern me the most: It is the calls for the silencing of any dissent. Cambodia provided a unique lens from which to consider the slippery slope of our current political atmosphere. While Trump and his followers have been vocal in their intolerance of dissent, it is not just conservatives embracing insularism and censorship: College campuses, once thought to be bastions of progressive thinking, are ripe with recent stories of dissenting voices and members of the media being squashed in the name of “securing a safe space.”

Healthy discourse and dissent are uncomfortable, but organizations like OMF and CCIM exist to help people step into that discomfort and find solutions that arise through a more diverse and inclusive process. Exercise of free speech, like many forms of exercise, is not an undertaking we follow because it is comfortable, but because the discomfort involved is a form of growth and a path toward a healthier body: whether corporeal or electoral. In times like this, it can be especially exhausting to engage in discourse every time we hear and see messages that push society in the wrong direction, but when you consider how much greater the risk Kem Ley and CCIM face, what excuse do we have to not speak up? Cambodia posed some poignant and unique lessons for the worst possible result of a populace that does not stand up against the oppressive forces of society, lessons that have emboldened OMF and CCIM to support anyone with a desire to speak out and let them know they’re not alone. Together, we will respond, not by silencing dissenting voices, but by raising a chorus that truly represents all of us.

If our government can’t model that kind of healthy discourse for us, then perhaps we can model it for them.

Tony Shawcross developed and launched the visionary model for community media that has evolved into the Open Media Foundation.  Before founding the precursor to OMF called Deproduction, as well as OMF’s project Denver Open Media, Tony worked with Little Voice Productions, the Colorado State House of Representatives, the Pan African Arts Society and FreeSpeech TV, among others. Tony has presented over 100 media education courses with the Colorado Independent Media Center, Denver Community Television, the Alliance for Community Media and various local schools and universities.  He graduated Magna Cum Laude with a degree in Marketing and Business Administration from the University of Colorado.