Why Trump’s Insults of Journalists Must Be Taken Seriously 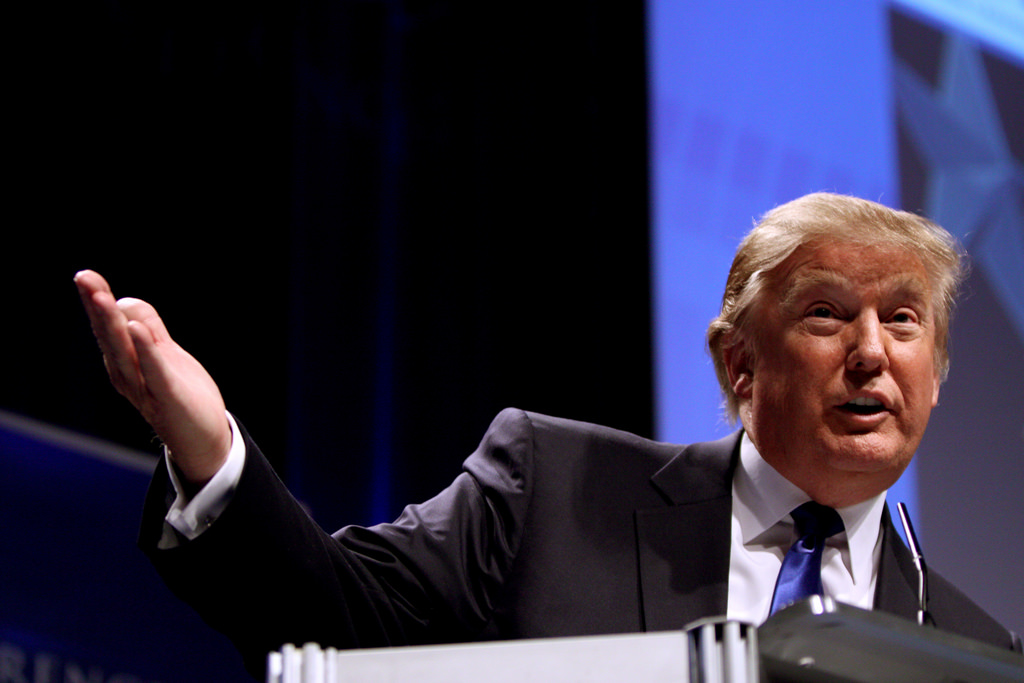 "I'm going to open up our libel laws so [that] when they write purposely negative and horrible and false articles, we can sue them and win lots of money." - Donald Trump

Recently, reporter Julia Ioffe found herself at odds with the Trump campaign after she wrote a profile of the candidate’s wife, Melania Trump. Within 24 hours, she picked up her phone to a recording of a Hitler speech, part of a wave of anti-Semitic messages targeted at the journalist, whose family fled to America to escape anti-Semitism in Russia 26 years ago. Other female journalists at odds with the campaign have found themselves in the crosshairs; Trump’s insults against Megyn Kelly and Michelle Fields galvanized online trolls to send thousands of hateful and misogynistic messages, according to reports and analysis by digital news outlet Vocativ.

Trump refused to respond in an interview the other week with CNN’s Wolf Blitzer, who asked him about the hordes of online attackers sending anti-Semitic threats to Ioffe. “Oh, I don’t know anything about that. You mean fans of mine?” Trump said. “I don’t have a message to the fans.”

Around the globe, public figures and political leaders who lob insults at the media and vilify journalists may score political points, but they also create a divisive environment ripe for attacks on press freedom, CPJ research shows.

To be sure, the Trump camp’s sporadic bullying is at the minor end of a spectrum compared with, for example, Turkish President Recip Tayyip Erdogan’s efforts to imprison and intimidate the critical media using insult and anti-terror laws. Trump is a candidate, not an official, and even if he were to become president, U.S. free speech protections would stave off any Erdogan-style censorship campaign, experts say.

But in countries where leaders use their platforms to launch vicious ad hominem attacks on journalists, they have encouraged self-censorship and exposed journalists to unnecessary risk. Furthermore, stirring up antagonism toward the press can be a prelude to introducing restrictive media legislation–all reasons that Trump’s behavior warrants close public scrutiny.

“We’ve seen the way [Trump] bids his supporters to attack the media [and] his proposal to change libel laws to make it easier to sue journalists,” Ioffe told the Guardian. “What happens if Trump is elected?”

When Criticism of the Press Goes Too Far

Politicians have a right to criticize the media, and they cannot be held responsible for the existence of online trolls. But when they incite supporters to insult or threaten journalists, whether intentionally or by accident, the impact on press freedom is real.

In Ecuador, President Rafael Correa makes a habit of insulting critical journalists in his weekly-televised address, often calling them “ignorant” or “liars.” One target of Correa’s insults is CPJ’s 2013 International Press Freedom Awardee Janet Hinostroza, who used to host a news program on the privately owned station Teleamazonas. Hinostroza was forced off the air after receiving anonymous death threats.

In January 2015, the HBO comedy show “Last Week Tonight with John Oliver” mocked Correa for releasing personal information (a practice known as “doxing”) about Twitter and Facebook users who had criticized him anonymously online. He encouraged his supporters to dox other critics. Some users who were targeted received threats and shut down their social media accounts, according to a report by U.S.-based watchdog Freedom House.

At the severe end of the spectrum, politicians’ singling out reporters has been followed by violence. In Turkey on May 6, a man shouting “traitor” attempted to shoot journalist Can Dündar while he stood outside a courthouse awaiting a sentence for allegedly revealing state secrets; President Erdoğan had previously called Dündar a spy and said he “should pay a heavy price.” In Russia early this year, CPJ expressed alarm when public officials in Chechnya made inflammatory statements about journalists; two months later, a group of at least 15 masked men beat six journalists and two human rights activists on a highway to Chechnya and set their vehicle on fire.

Ecuador, under Correa’s government, is not violent, but it has one of the worst press freedom records in the region, with journalists and newspapers subject to strict regulation about what should be covered and how; and frequent criminal and civil defamation suits, according to CPJ research. In 2012, three directors and one opinion writer at the Ecuadoran daily newspaper El Universo were sentenced to three years in jail on charges of defaming Correa. (The president later “forgave” the journalists after the Inter-American Commission on Human Rights called on the Ecuadoran government to suspend the sentence.)

Trump on the Campaign Trail

Trump has called for legal changes. “One of the things I’m going to do if I win… [is] I’m going to open up our libel laws so when they write purposely negative and horrible and false articles, we can sue them and win lots of money,” he declared at a February rally in Fort Worth Texas, singling out The New York Times and Washington Post.

Trump did not give specifics, and he has made no mention of criminalizing defamation. The press office for his campaign did not respond to CPJ’s requests for comment.

In the U.S., public officials who sue for damages must prove “actual malice,” according to the Supreme Court’s 1964 decision in New York Times v. Sullivan. In some other countries, like India and Brazil, libel suits have saddled journalists with enormous fines and legal fees, CPJ research shows. Even if the suits don’t succeed, the resources involved can be a drain on journalists and news outlets, and have a chilling effect on the flow of information, CPJ has found.

For more “open” libel laws, one could look at the U.K. prior to 2013, when the country’s Defamation Act was approved. Previously, the U.K. was a haven for lawsuits against media companies, according to CPJ research. Not only did plaintiffs not have to prove harm or actual malice, it was easy for foreign plaintiffs to sue foreign defendants in the U.K., a practice known as “libel tourism.”

Although the media have an easier time since 2013, libel law in the U.K. still places the burden of proof on the defendant. Recently, NPR has reported that some book publishers have been reluctant to enter the U.K. market for fear of expensive and costly litigation.

Journalists can take comfort: Experts say that a president Trump would have a hard time changing libel laws, as he would likely need to make judicial nominations and get those approved by Congress, The Washington Post reported.

Trump’s vague calls for shutting down parts of the Internet are also likely to face technical and legal challenges, according to experts cited by publications such as The Daily Beast.

In December, Trump said that he would be open to “closing up” parts of the Internet to combat the militant group Islamic State. “Somebody will say ‘Oh, freedom of speech, freedom of speech.’ These are foolish people. We have a lot of foolish people,” he said in the South Carolina speech, according to news reports. (Leading Democratic presidential candidate Hillary Clinton also made vague comments about shutting down online communications, according to press reports).

Press freedom in the U.S. has already suffered under President Barack Obama, as whistleblowers face prosecution and freedom of information requests go unanswered, according to CPJ research. A president Trump who maligns the press and expresses no concern for the wellbeing of journalists attacked by his supporters is not likely to improve this record, and, if international examples provide any warning, such a president could well make it worse.

Alexandra Ellerbeck, research associate in CPJ’s Americas program, previously worked at Freedom House and was a Fulbright teaching fellow at the State University of Pará in Brazil. She has lived in Chile, Bolivia and Brazil.