What I Learned From My First Journalism Conference 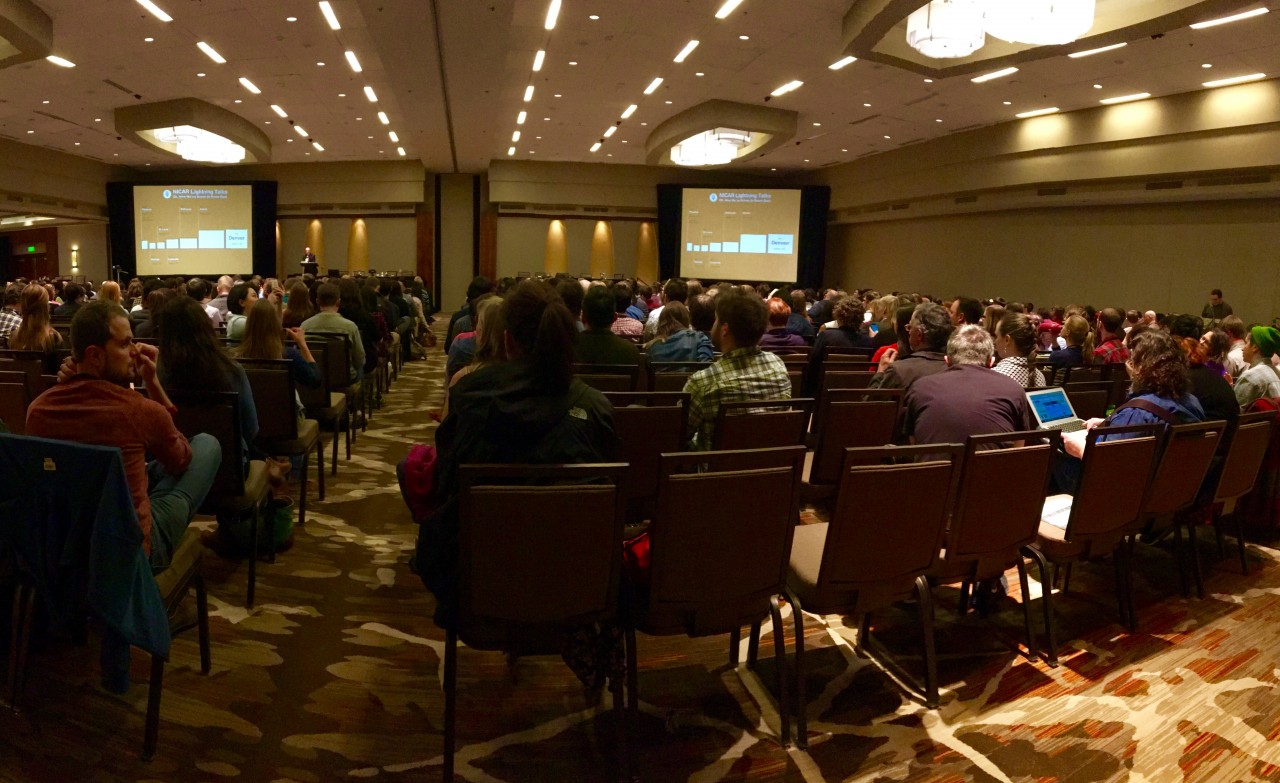 As a young female student new to the field of data journalism, I had apprehensions about traveling to my first journalism conference alone. The annual NICAR (National Institute for Computer-Assisted Reporting) conference, which is organized by Investigative Reporters and Editors, focuses on all kinds of data reporting and was held this year in Denver on March 10-13. Although it had been highly recommended to me, without prior experience in the newsroom, I was overwhelmed with questions.

Four days of workshops, talks, lunches, and coffee later, here are five main takeaways from my first conference experience (and some experiences of others) that I wish I had known before I boarded my flight to Denver.

“I think we all had an amazing time and I know it never would have happened without my school. In my case, at least, funding the trip would have been an incredible barrier." - Adriana Barbat

1. Connect with the Community Beforehand

View it as a reporting assignment: Your task is to go to NICAR. What sources can you email? Who can you call? Are there tools or resources you should know about? Where can you find the community, online or otherwise?

If you’re nervous about cold-calling, find a reason that benefits both of you. Budget was the major barrier I had to attending NICAR, but it also gave me a natural excuse to reach out to the community and make “budget buddies” to split costs with that turned into great conference companions.

If you’re shy, “lurking” can also be a great option to scan the field. Signing up for the NICAR mailing list allowed me to observe the community and the kinds of questions they were asking (the mailing list is extremely active), giving me context for the event.

2. Don’t Be Afraid to be a Beginner

In fact, say it loud and clear. The weekend was full of sessions for beginners, both to the conference and the field. Letting people know — whether it’s the organizers at IRE or a sea of reporters looking for a lunch table — can lead you to opportunities that you weren’t aware of.

Because I had posted about my concerns as a first-timer on the NICAR mailing list, I was alerted about an opportunity to submit anonymous questions about my career for a panel. Run by Sisi Wei of ProPublica and Jeremy Merrill of the New York Times, the panel for “young-uns” banned senior employees and those with hiring powers to create a more welcoming environment for newcomers.

A reminder from the “Intro to CAR” session. Photo by Sophie Chou.

Letting others know that you’re a beginner can also lead to great informal opportunities. Adriana Barbat, a student at the University of Florida, had been working on a mapping project when she came to NICAR. By talking with the vendors for ArcGIS, a desktop mapping tool, she was able to attend a mapping bootcamp even though she hadn’t pre-registered. “That was really cool and informative,” she said.

3. View it Primarily as a Networking Opportunity

With more than 70 sessions a day at its peak, most of them occurring simultaneously, NICAR can easily be overwhelming. And the allure of signing up for as many technical workshops as possible (learn R! and Python! and mapping! and visualization!) as a way to put a Band-Aid on your skill set can be tempting. But Rome wasn’t built in a day, and neither can a solid foundation of programming language.

For a student or reporter in a time- and budget-strapped newsroom, it can be frustrating to walk away without a solid project plan or new technique. But walking away with a new human contact can be the most valuable find. Focusing on taking the time to make connections, even if it means skipping out on part of a workshop you think will solve your Javascript woes, can be career changing.

Moreover, one connection can lead to another. Francisco Vara-Orta, a graduate student at the University of Missouri, was initially intimidated by the crowd at NICAR. “It’s a pretty elite group of journalists,” he said. But after signing up for a mentorship breakfast, “I saw my mentor throughout the conference after that and he kept me introducing me,” helping break the ice.

4. Realize that No One Has the Answers

The field of data journalism is young and no less certain than the future of media itself. Although I came to the NICAR conference looking for answers about my own path, I left with even more questions about the field itself.

The sessions I most enjoyed were the ones that led to discussions about gray areas in data journalism. “Best Practices in Scraping: from Ethics to Techniques” discussed the liability of the journalist in overloading and breaking sites, and whether it’s ethical to overlook robots.txt files. The question of how to ensure experiment reproducibility in CAR without peer-reviewed publications was touched on in “Reproducible Research and Analysis Sharing,” and again in other panels.

5. Diversity and Inclusion are Priorities, but Challenging Ones

Coming from the field of computer science, which has struggled notoriously with gender representation, I was excited to see hundreds of my compatriots fill the room at a “Women of CAR” dinner Saturday night.

However, achieving gender parity and minority representation remains an ongoing challenge. “It’s a societal problem that journalism is not immune to,” said Vara-Orta. He attributes progress in inclusion at NICAR to efforts made by IRE. “The organization is aware of that and wants to encourage minority groups to be involved.”

In talking to other first-time attendees, cost was often mentioned as the greatest barrier to participation. On its website, the IRE lists scholarships and fellowships (including a handy chart), three of them targeting women and minority groups for the CAR conference, but I was not aware of the opportunities until the deadlines had passed.

“I think we all had an amazing time, and I know it never would have happened without my school. In my case, at least, funding the trip would have been an incredible barrier,” she said in an email.

Sophie Chou is a graduate student at the MIT Media Lab with a background in computer science and a passion for writing. She will be a Google News Fellow at the Pew Research Center this summer. Follow her on Twitter @mpetitchou.