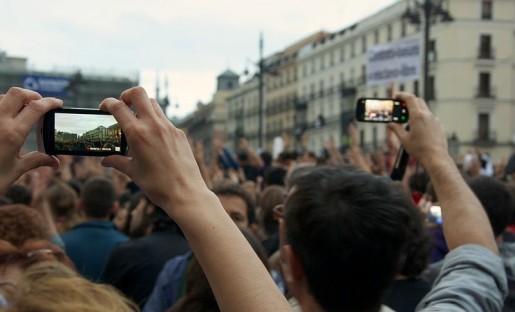 In 2010, the UK’s Channel 4 broadcaster obtained video footage that appeared to show scenes from Sri Lanka’s brutal civil war, including troops executing Tamil prisoners and other potential war crimes. Despite the conclusion of Philip Alston, the United Nations Special Rapporteur on extrajudicial, summary or arbitrary executions, that the footage was “authentic,” the Sri Lankan government dismissed it as fake. Mark Ellis, Executive Director of the International Bar Association (IBA) in London, was asked to review the footage for evidence of international crimes. He was struck by the difficulties posed by unverified footage for the courts, and by the competing challenge of protecting sources.

"The security of journalists and activists around the world is a constant cause for concern for the international community."

In recent years, huge volumes of footage from conflict zones have been uploaded to YouTube and social media, much of it unattributed. Since January 2012, it is estimated that over one million videos from the Syrian conflict alone have been uploaded to YouTube. As MediaShift contributors have often observed, the rise of citizen journalism and user generated content has increased the need for verification to combat erroneous reports and misinformation. Rigorous verification can increase the impact of footage relating to human rights atrocities by countering challenges and denial. Metadata verification strengthens the credibility of footage used in media reports; it also facilitates its use as evidence in legal proceedings.

EyeWitness is available via Google Play.

In 2011 the IBA commissioned legal research on the admissibility standards for photo and video evidence across national, regional, and international jurisdictions, including the International Criminal Court. In June 2015 after four years of research, development and field testing, the IBA launched a smartphone camera app designed to address the verification problem. ‘eyeWitness to Atrocities’ is a free smartphone camera app that allows users to take photos, videos and audio recordings relating to human rights atrocities in a verifiable, secure way so the information can later be used as evidence in a court of law. The app is designed to help media activists who undertake vital but high-risk reporting in low-infrastructure environments.

When users activate the eyeWitness camera app, it embeds the metadata (GPS time, date, location and pixel count) needed for authentication. The app also has a number of security features. Users can opt to remain anonymous, so that the app itself can act as the witness and the source can be protected. Users have the option to share their footage with whomever they wish, after a copy has been sent to eyeWitness. The app’s secure storage and encryption protect the evidentiary chain of custody required in criminal cases. LexisNexis hosts the secure repository for data collected via the app. The eyeWitness team offers expert analysis and advocacy to help bring evidence of human rights atrocities to the attention of credible investigations.

Photo by InfoWire.dk on Flickr and reused here with Creative Commons license.

The eyeWitness app is one of a growing number of tools seeking to address issues of verification and security for professional and citizen journalists, human rights defenders and media activists. The security of journalists and activists around the world is a constant cause for concern for the international community. The annual reports of Committee for the Protection of Journalists and Frontline Defenders reveal high global levels of journalists and human rights defenders threatened, attacked and killed. As witnesses to atrocity crimes, they may also face pressure to withdraw testimony. Human Rights Watch cites witness intimidation as a continuing obstacle to prosecutions at the International Criminal Court.

Technology cannot provide a silver-bullet solution to these issues. Even so, the eyeWitness app is an innovation with the potential to help protect sources and witnesses, strengthen the credibility of news stories, and allow the footage captured to be used in subsequent investigations and trials. It empowers those witnessing atrocities to help hold perpetrators accountable. In this way, photos and videos can be used beyond their lifespan in the news cycle to advocate for legal accountability as well as to raise awareness.