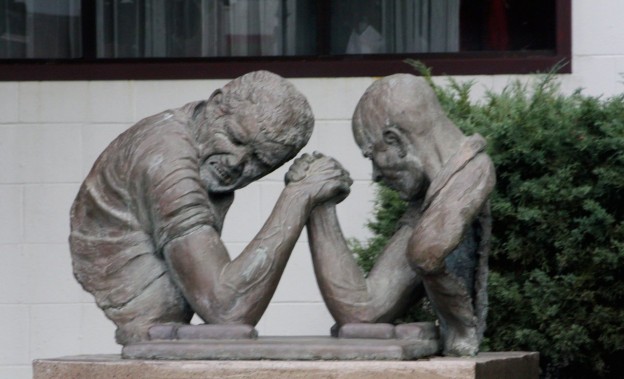 Photo by Laura Ferreira on Flickr and used here with Creative Commons license.

In the latest development in the negotiations between the United States and European Union over data transfer rules, Reuters reports France’s data protection authority gave Facebook three months to stop tracking non-users’ Web activity without their consent, and ordered Facebook to cease some transfers of personal data to the United States or face fines. In response, Facebook asserted it does not use the now-defunct Safe Harbor agreement to move data to the United States and instead has set up alternative legal structures to keep its data transfers in line with EU law. Despite this, Facebook was forced last year to stop tracking Belgian non-users after it was taken to court by the Belgian regulator. Last week, the United States and European Union agreed upon a new legal framework to replace Safe Harbor, but as it is not yet operational, several European data protection authorities are still deciding whether data transfers should be restricted.

"These companies must walk a fine line between bearing responsibility for their platforms and avoiding becoming the arbiter of what constitutes free speech." - Mike Isaac

Indian regulators officially banned “differential pricing” or discriminatory tariffs placed on data services depending on their content. This means that Internet users in India are guaranteed equal access to any website they want, regardless of how they connect to the Internet, says Global Voices’ Subhashish Panigrahi. The decision is a particular blow to Facebook’s Free Basics application, which uses differential pricing mechanisms to make accessing Facebook, WhatsApp and a limited number of other websites free to users who do not pay for mobile data plans. Though Facebook promotes the program as a means to increasing digital access, it has come under backlash in India and a number of other countries. Internet policy expert Pranesh Prakash emphasized that though the ruling is a win for open access in India, these efforts must continue until India is truly and equally connected.

In an effort to combat groups like ISIS that recruit online, Google has launched a pilot scheme to point users who search for extremist terms toward anti-radicalization links. It announced the new effort on February 2 at a meeting with the U.K. Home Affairs Select Committee on Countering Extremism. Representatives of Twitter and Facebook were also challenged by members of Parliament on their role in combatting the spread of terrorist material. Twitter announced that it had suspended 125,000 accounts associated with extremism since mid-2015 in response to pressure from the US government. However, as the New York Times’ Mike Isaac notes, “these companies must walk a fine line between bearing responsibility for their platforms and avoiding becoming the arbiter of what constitutes free speech.”

What’s going to happen to Ukraine’s database of ‘explicit content’?

The Ukrainian censorship body, National Expert Commission for Protection of Public Morality, dissolved last year, but its legacy lives on as a database of “explicit content” that no one in the government seems to know what to do with. The database includes a sizeable amount of content “containing elements of sexual nature and erotica,” but the commission was also well known for its attempt to ban Spongebob Squarepants, Shrek, and Teletubbies. Users have suggested the team responsible for dissolving the commission make the content more widely available, so they can see where taxpayers’ money went.

How to protect yourself from government hacking

Hacking human rights workers, journalists, and NGOs has become common practice for governments around the world, according to Amnesty International’s Morgan Marquis-Boire and Electronic Frontier Foundation’s Eva Galperin. In a post for Amnesty International, the two provide a brief history of government hacking and give suggestions for NGOs and human rights organizations to protect themselves.

Messaging app Telegram’s growing influence is being characterized as a major factor in the dissemination and spread of information leading up to Iran’s Feb. 26 parliamentary elections, but the platform’s susceptibility to state manipulation is also becoming more apparent. After the arrest of former BBC journalist Bahman Doroshafaei, the government took over his Telegram account and started to message his contacts. Some believe this was an effort to extract sensitive information or to distribute spyware. Fatemeh Shams, a friend of Doroshafaei, posted the following warning to her Facebook account:

“Someone has been talking to me for two hours from Bahman’s hacked Telegram account and now is chatting with my friends with my account..If anyone messaged you on Telegram [from my account] please ignore it. I’ve lost access to my account.”