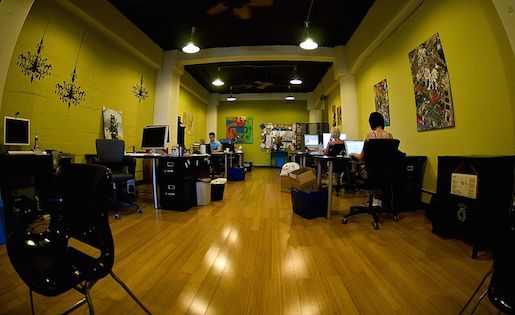 When I first started studying an emergent group of local online news startups in 2009, it was because I was skeptical of a narrative that went something like this: Newspapers had to be saved because the only alternative was angry bloggers who couldn’t be trusted with the facts.

As a few years passed, the narrative changed, but not for the better. The slow-motion train wreck of Patch became the dominant story, often obscuring real progress on the part of independent local news startups.

"Other recent coverage validates the idea that local -- of a certain scale -- is a going concern."

Photo by Joanna Poe on Flickr and reused here with Creative Commons license.

But there are indications that a new, more optimistic narrative is emerging.

For one thing, the startups are demonstrating staying power.

I have been tracking local independent sites on my database, Michele’s List, since 2010, when I was a fellow at the Reynolds Journalism Institute. There are now 312 sites on the list — not the full universe of local start ups, but independent sites that meet specific criteria of producing journalism, engaging with users and working on a revenue model.

This month, I took a look at the longevity of 287 sites for which I have the year of launch.

What I found was impressive: 60 percent of the sites are five years or older this year, with a handful dating back to the late 1990s post 2000. The remaining 40 percent launched between 2011 and 2014.

Here are percentages the year of for launch and a few random examples of sites, starting with those that launched prior to and in 2005, and then annually through last year:

As I have noted before, there are surges — one in 2009-2010, as newspaper newsrooms contracted, and another in 2013-14, as Patch shed staff. I generally do not add sites that are less than a year old — I want to see first whether they have legs, especially on the revenue side — so there are not any sites that launched this year.

We have added about 30 sites to the list this year and further updates are under way, mostly sites that have been around for a while that we are just discovering. By contrast, we dropped nine sites this year; most had stopped publication, but one was sold to a magazine and another merged with Hoodline, a San Francisco Bay area neighborhood site that is on my “watch list” of relatively new sites. (Nine represents less than three percent attrition for the year.)

Other recent coverage validates the idea that local — of a certain scale — is a going concern:

This good news doesn’t mean local news startups are consistently profitable, or even have figured out the business model. For one thing, high dependence on display advertising is a vulnerability for the majority of these sites.

However, Matt DeRienzo, interim executive director of LION Publishers, with a membership of about 130 publishers, pointed to another promising development: Some publishers have started to reduce their reliance on traditional display advertising.

DeRienzo noted that Local News Now in the Washington, D.C., area, has developed several native advertising products, and San Angelo Live in Texas sells advertising against a six-day-a-week e-newsletter. In addition, The Lo-Down in New York City conducted a successful crowdfunding campaign for a reporting project, and Berkeleyside in California derives 20 percent of its revenue from membership.

“I think the engagement around crowdfunding (if done carefully and not over-done) and definitely around membership can/will lead to other revenue success as well,” DiRienzo said in an e-mail. “It shows advertisers and sponsors and foundations how vital a site is to the community.”

Note: Here is a post I wrote about revenue diversification ideas shared at the LION Summit in October.