Live-Stream: Geneva Overholser on ‘Leading from the Outside’ at FIU 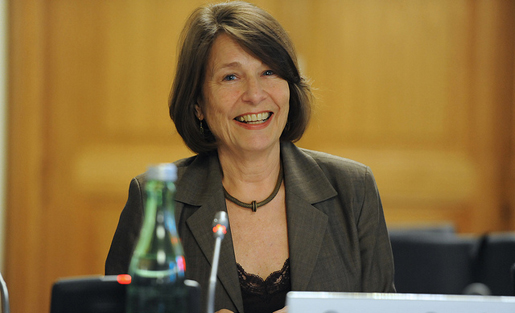 Geneva Overholser will be addressing students and faculty at Florida International University on Oct. 7

The Hearst Distinguished Lecture Series hosted Geneva Overholser on the Biscayne Bay Campus at FIU. Overholser gave a talk titled, “Leading from the Outside: Rethinking Journalism Leadership When Change is the New Normal.” She explained how media shapes our perception of the world, and how she sees a repetition of old patterns in new media. Overholser is a senior fellow and consultant at the Democracy Fund, as well as a senior fellow at the Center for Communication Leadership and Policy at the USC Annenberg School for Communication and Journalism. She was until 2013 director of the USC Annenberg School of Journalism, and is now an independent journalist in New York City.

Geneva Overholser is a senior fellow and consultant at the Democracy Fund, as well as a senior fellow at the Center for Communication Leadership and Policy at the USC Annenberg School for Communication and Journalism. She was until 2013 director of the USC Annenberg School of Journalism, and is now an independent journalist in New York City. She currently serves on the boards of the Academy of American Poets, the Rita Allen Foundation and the Women’s Media Center, and on the advisory board of the CUNY Graduate School of Journalism.

Previously she held the Curtis B. Hurley Chair in Public Affairs Reporting for the Missouri School of Journalism, where she was based in the school’s Washington bureau. From 1988 to 1995, Overholser was editor of The Des Moines Register, where she led the paper to a Pulitzer Prize for Public Service. While at the Register, she also earned recognition as Editor of the Year by the National Press Foundation and was named “The Best in the Business” by American Journalism Review.

In addition, Overholser has been ombudsman of the Washington Post, a member of the editorial board of The New York Times, a syndicated columnist for the Washington Post Writers Group, and a reporter for the Colorado Springs Sun. She has been a columnist for the Columbia Journalism Review and a blogger for Poynter.org. She spent five years overseas, working and writing in Paris and Kinshasa.

Through the Annenberg Public Policy Center, in 2006 she published a manifesto on the future of journalism titled On Behalf of Journalism: A Manifesto for Change. She is also co-editor, with Kathleen Hall Jamieson, of the volume “The Press,” part of the Oxford University Press Institutions of American Democracy series.

Overholser has served on the boards of the Carnegie Endowment, the Knight Fellowships at Stanford, the Committee of Concerned Journalists, the Center for Public Integrity and the National Press Foundation, and on the advisory boards of the Knight Foundation and the Poynter Institute. She was for nine years a member of the Pulitzer Prize Board, the final year as chair, and is a former officer of the American Society of Newspaper Editors. She is a fellow of the Society of Professional Journalists and of the American Academy of Arts and Sciences. She held a Nieman fellowship at Harvard and a Congressional fellowship with the American Political Science Association.

She holds a bachelor’s degree in history from Wellesley College, a master’s in journalism from the Medill School of Journalism at Northwestern University and a French language certificate from the Sorbonne. She has honorary doctorates from Grinnell College and St. Andrews Presbyterian College, and alumnae achievement awards from Wellesley, Northwestern and Medill.