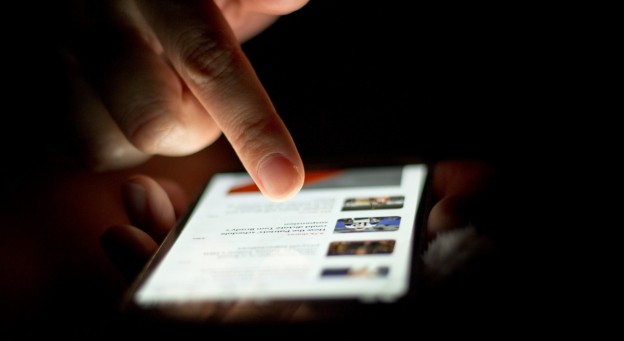 Mobile ad blocking is a topic making marketers, advertisers, and mobile product developers very nervous. With smartphone usage now at over 64 percent in the U.S. across all age groups, according to data from both CivicScience and Pew Research, these devices have ushered in a major new channel for marketers to reach consumers who are mobile. Mobile ad spending is estimated by eMarketer to surge past the $100 billion mark in 2016.

The headlines about the issue of mobile ad blocking have been further amplified after Apple’s recent announcement that its next iOS and OS X operating system versions will make it easier for developers to create ad-blocking extensions to its Safari web browser.

News coverage about mobile ad blocking thus far has largely only told the top-line story. Some studies from non-U.S. markets indicate that mobile ad blocking is more hype than reality, while others state it’s a real threat. When studies ask consumers about their intent on topics like this, the results expectedly going yield a preponderance of those selecting aspirational answer choices like these:

Sure enough, when CivicScience ran a large-scale poll asking over 6,500 U.S. adult consumers about their likeliness to install a mobile ad blocker, the response data reinforces the current news cycle:

That top-line data suggests that marketers can expect that 41 percent of U.S. adults who own a mobile device are “very likely” to install ad-blocking software. However, our team at CivicScience felt we should look deeper into the data to learn more about consumers based on their answer choice. What we found was a more optimistic picture amidst the headlines that are worrying advertisers.

A Look at Who’s Less Likely to Ad Block

By reviewing those 6,500+ respondents and other poll questions they’ve answered across our network over time, we learned that those not at all likely to install ad blocking for their smartphone or tablet device have much heavier levels of mobile device and mobile app usage than the other respondents. It may be fair to call them “mobile power users.” We decided to probe into that group even further.

When it comes to entertainment via mobile, they are 65 percent more likely to play the majority of their video games on their mobile device vs. other game play options. They are 21 percent more likely to “second screen” – meaning that when they are watching something on TV; they are also viewing mobile apps, games, or other content not related to the show.

Given all of that mobile behavior, it should come as no surprise that the non-blockers are 52% more likely to say they primarily use texting over phone calls, social media, or email to communicate most often with friends and family.

Those not likely to install mobile ad blocking are 25 percent more likely to feel that their personal financial situation will get better in the next six months, and they are 16% more likely than the average respondent to be currently employed. This should also be good news for advertisers, as they will be reaching a more economically stable audience.

What we see from those insights after you look below the top-line poll results is that the mobile power user is generally far less interested in blocking ads on their devices. This may be contrary to an initial guess that those exposed to mobile ads at a higher frequency would be more keen to get rid of them. But instead, it seems that for those using mobile devices to support more types of transactions, research, and interaction also means they acknowledge the benefit of receiving communication about good deals, new offers, and new brands and products that they are likely to care about. The mobile power user likely wouldn’t want to shut off that channel of information and opportunity.

Jennifer Sikora is the chief marketing office at CivicScience. While her background has ranged from startups to publicly held companies through successful M&A events, her passion is in shaping product marketing and demand generation strategies for earlier-stage tech firms. Most recently, she was VP of Marketing at CombineNet (acquired by SciQuest), and also held marketing management roles at GoldenGate Software (acquired by Oracle) and several other Pittsburgh-based tech companies.

CivicScience collects real-time consumer research data via polling applications that run on hundreds of U.S. publisher websites, cycling through thousands of active questions on any given day. Respondents for this report were weighted for U.S. Census representativeness for gender and age, 13 years and older, and data was collected from 6,516 non-incented opt-in respondents answering poll sessions from June 23, 2015 through July 13, 2015.