Could the U.K.’s Copyright Hub Provide a Template for Simple Rights Use? 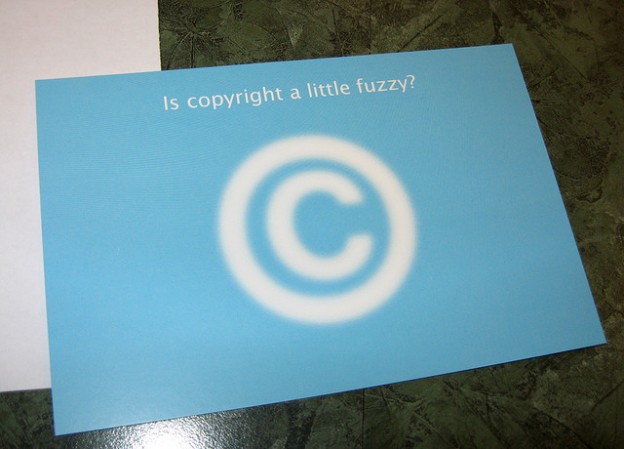 Photo by Nancy Sims on Flickr and used here with Creative Commons license.

One of the greatest tools created by the age of the Internet is the image search. Whenever you want to know who or what  someone, someplace, or something looks like, your answer is only a few clicks away. The accessibility of these images makes it a snap to add any picture to a presentation, blog or social media post without a second thought to the author or origin of the image. But what if a right-click would allow you to purchase a license targeted to your specific use for a small fee? Would you?

"What if you could use your internet browser to pay to use any image or video found online for your own social media post or office presentation with just a click?" - Cori Stedman

Last week, the U.S. Patent and Trademark Office hosted a public meeting called “Facilitating the Development of the Online Licensing Environment for Copyrighted Works.” The centerpiece of this meeting was a description of the United Kingdom’s Copyright Hub, an attempt to create a database accessible from a plug-in in an Internet browser from which a user can immediately learn the author, origin and cost of licensing for a particular copyright worked. The presentation, led by Dominic Young, CEO of The Copyright Hub, and Caroline Boyd, a fellow Copyright Hub employee, discussed in detail the technology behind such a database and its overarching utility.

The database is created using capture content services, which takes information regarding works shared by companies like Netflix and individual authors and keeps that information in a common format. This information is then attributed to the correct work, stored in the hub index, and ready to be recalled by a user at any time. The hub’s usefulness, therefore, relies on the number of participants and, lucky for Young and Boyd, turnout has been rather high. The Hub’s arguably greatest asset is that it allows control of a work to stay in the hands of the creator, giving them the power to choose what kind of licenses they would like to offer (non-commercial use, commercial website, social media account, or personal use) and the compensation they wish to ask for. The Hub expects that many licenses will be available for 1 pound.

Although images were the first area of copyrighted works that the Hub delved into, the database will contain information on audiovisual works, poetry, classical music, film clips, music sync requests, and more by its expected launch in January 2016. Now that the Hub has most of its technological and informational frameworks established, the focus will be on government and market trust. Much of the software used to create the Hub will be open source, which creates its own legal hurdles, and the Hub will have to convince the public to utilize this new avenue of commerce. The role of the Hub as a connecting link between authors and buyers seems clear to Dominic Young, who said during his presentation, “We don’t want to be a business.”

The Technology Behind It

The technology behind the Hub’s relatively simple concept has actually been utilized by various copyright industries for years but is a fairly contentious subject. Mark Bide, an expert in standard identifiers and a strategic adviser to the Hub, opened the meeting with a presentation on the technology behind automated copyright licensing. Standard identifiers are a name for a work or file that is suitable for machine to machine communication. The most well-known identifier to those outside of copyright heavy industries is the ISBN number, or the barcode on the back of every book in a bookstore. An ISBN number, like other standard identifiers, allows for a machine to quickly tell the difference between a hardback and paperback, or two different additions of the same book. This allows for heightened automation, efficiency, and usually correct services.

Each media industry is in a unique state in regard to the presence, or lack thereof, of accepted standard identifiers. Booksellers have all been able to come to an agreement around the ISBN, but the introduction of ebooks, a publishing industry that does not require titles to have ISBNs, is upsetting that status quo. Indeed, adding any shade of more complex media, from images to film, significantly complicates the technological, industry, and organizations issues. The music industry is arguably in the best shape, with an automated and semi-automated rights management system that has been critical for years, but uses three different identifiers with disparate relationships. Newspapers, on the other hand, have had no such justification to attach any type of identifier to their articles until now, when articles are constantly recirculated all over the web. The audiovisual world has two identifiers that serve relatively different, but equally important, purposes with little uniting vision in sight.

The keys to creating a workable, expansive standard identifier to increase efficiency as well as reduce entry barriers, risk, and maintenance are: industry and market trust, transparent and objective regulation, monetary incentive, and a technological language capable of easily and quickly defining the type of work and that work’s relationship to other works. This task, it seems, is much more difficult than anticipated. The first panel of the meeting, comprised of people such as Fred Beteille, the head of product content strategy at YouTube, and Raymond Drewry, the vice president of Movielabs, spent the majority of their hour-long panel discussing not just the technological challenge of creating a universal standard identifier, but also the challenge of even getting different companies in the same industry to agree to an industry-wide identifier. Many panelists pointed out that even if one universal identifier, or at least an identifier for each category of copyrighted works were decided on, attaching such an identifier to the massive amount of user-generated content created each day would be a monumental task.

Is America Ready for a Copyright Hub?

This is exactly the task that the Copyright Hub is attempting to tackle. But, is America ready to embark on such an experiment as well, and what should be the role of the government in such a mission?  The U.S. Copyright Office, represented by Jacqueline C. Charlesworth at the meeting, spoke about a newly issued comprehensive report on standard identifiers in the music industry. The report focused on how best to ensure that creators of musical works and sound recordings are fairly compensated for their work, especially in regards to licensing. The biggest issues the report found center on data because of a lack of transparency in the industry, no central authoritative music database, and different data being managed by different stakeholders. The report’s end recommendations are that the government should build on existing data assets, leverage statutory licensing regimes, and incentivize private actors to contribute data to a control public database. This database would be maintained by a non-profit general music rights organization (GMRO) funded through a mix of licensee royalty surcharge, administrative fees, and unclaimed royalties. Although the members of both the following music sector panel and representatives from other media industries in the next panel were overall positive regarding the idea, there was little consensus around how much data each organization would be willing to share and whether the government could smoothly implement such a complicated regime.

The implementation of a hub in the U.S. met with a similar discussion during the final panel, which brought together the likes of Jan Constantine, general counsel for the Authors Guild, and Chris Reed, senior counsel at Fox Entertainment Group. Panelists ranged from feeling that the Copyright Hub is doing work that is necessary for the functioning of the modern creator to the understanding that such a hub has little to offer high value transactions. Others felt that instead of creating such a hub through public and private cooperation, the U.S. Copyright Office itself should revamp its current registration and search systems to transform into its own digital licensing entity.

With so many options and opinions, it is certain that the issues of copyright licensing in an online world are far from solved.