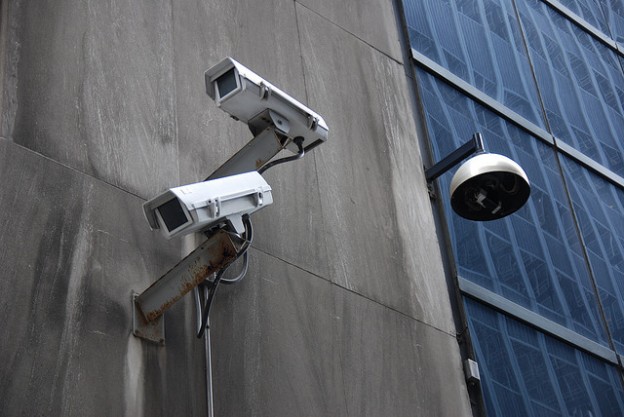 It’s been nearly two years since former National Security Agency (NSA) contractor Edward Snowden first leaked to the Guardian that the NSA was spying on American citizens. A new survey from the Pew Research center finds that the revelations of the mass government surveillance programs has definitely impacted the way certain segments of the American population now view their privacy — but that hasn’t yet translated into behavior changes.

The survey found that a vast majority of respondents — 87 percent — had heard of the leaks in some way. Among them about a third, 34 percent, had actually modified their behaviors to protect their privacy from the government more, with 25 percent reporting they had modified the way they use different technologies “a great deal” or “somewhat.” Common reactions included changing their privacy settings on social media (17 percent), using social media less often (15 percent), avoiding certain apps (15 percent) and uninstalling apps (13 percent).

"But, a certain double standard holds true -- because most of the respondents said it was ok for the government to monitor others as long as they aren't the average Americans."

Meanwhile, 14 percent of the 475 respondents said they now speak in person more often than communicating online or over the phone. About 13 percent said they now avoid the use of certain terminology online.

The Pew survey found that the people most likely to have taken steps to shield their privacy are the ones who have heard a lot about the surveillance programs and lack confidence they were in the public interest. Graphic courtesy of the Pew Research Center.

While some of these changes might be subtle, they do show evidence of the social impact of surveillance monitoring, said Mary Madden, a senior researcher at the Pew Research Center and a co-author on this report.

“This is especially true of those who have heard ‘a lot’ about the programs and among those who are younger,” Madden told PBS MediaShift in an email. “At the same time, when viewed within the context of Americans’ concerns about the programs, the changes in behavior don’t yet match the level of concern.”

At the same time, a significant portion of Americans have taken the impact of the Snowden leaks to heart and modified their behaviors to protect their privacy. The survey also showed that adoption of more advanced privacy or security strategies is low.

One big reason for this, according to 54 percent of respondents, is that it would be “somewhat” or “very” difficult to find the tools and strategies that would enhance their privacy online and when using cell phones.

Some other notable figures, as stated in the Pew report:

53% have not adopted or considered using a search engine that doesn’t keep track of a user’s search history and another 13% do not know about these tools.

46% have not adopted or considered using email encryption programs such as Pretty Good Privacy (PGP) and another 31% do not know about such programs.

43% have not adopted or considered adding privacy-enhancing browser plug-ins like DoNotTrackMe (now known as Blur) or Privacy Badger and another 31% do not know such plug-ins.

41% have not adopted or considered using proxy servers that can help them avoid surveillance and another 33% do not know about this.

40% have not adopted or considered using anonymity software such as Tor and another 39% do not know about what that is.

Madden said a range of factors came up in the survey that could be influencing these figures. It’s not just that people didn’t feel they had the right expertise or time to research the tools available  — it’s that they also thought that doing so might defeat the purpose of trying to enhance their privacy, or that it didn’t really matter.

“Other respondents viewed activities such as the use of encryption or anonymity software like Tor as something that might raise suspicion and make them a target for monitoring,” she told MediaShift. “In addition, we heard from some respondents who weren’t concerned about monitoring of their accounts and activities because they felt as though they ‘had nothing to hide’ or it was a ‘small price to pay’ for their safety.”

Among the other findings of the survey? Sixty-one percent of those who were aware of the government surveillance programs said they have become less confident the surveillance was in the public interest as news has continued to unfold. But, a certain double standard holds true — because most of the respondents said it was OK for the government to monitor others as long as they aren’t the average Americans. Eighty-two percent said it’s acceptable to monitor the communications of suspected terrorists, and 60 percent said it was OK to both monitor the communications of foreign leaders and those of American leaders. And more than half of respondents (54 percent) approved of monitoring the communications of foreign citizens.

In comparison, 40 percent of Americans said it was OK to monitor ordinary American citizens.