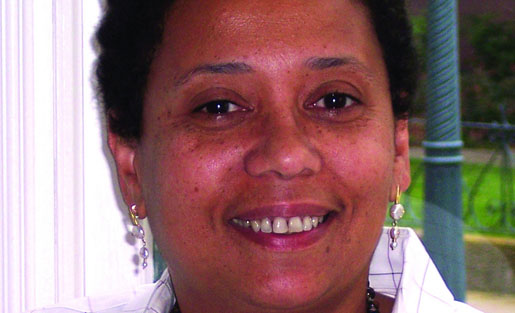 Image courtesy of the John S. and James L. Knight Foundation and used here via the Creative Commons license.

This year for my birthday I got three calls. Two people sent cards. And I don’t think I ever received so much attention in my life.

I have to say, it was fabulous turning 51 years old on Facebook.

The well wishes started pouring in on the night before my birthday and they kept coming the day after, too. Friends from junior high, high school, college, past jobs, former neighbors, fellow travelers all weighed in on my Facebook wall.

According to a January study from the Pew Internet & American Life Project, adults between 45 and 54 make up 19 percent of the population on social networks. However, an earlier Pew tracking survey found the number of adults joining social networks is growing quickly, from 8 percent in 2005 to 35 percent by December 2008.

Believe me, I know. At times, it seems as if every week brings a new friend request from someone I haven’t seen in more years than I care to admit. After a few Facebook missteps, I’ve learned it’s best to friend lest I offend. And it’s often best to act quickly.

“X is devastated you won’t friend them,” one of my Facebook connections chided me about an unanswered invitation from someone I hadn’t seen in decades.

In that case, I had been swamped by work. But sometimes, sometimes, I just can’t quite place the person. Take the time I got a friend request where the only thing I could see that we had in common was where we lived. No message. No mutual friends. No nothing. Something in the name must have struck a chord because instead of hitting the ignore button I just let it sit. About a year later, I was flipping through my college alumni magazine. It all came back to me. As a result, I’ve adopted something of a “friend now, remember later” policy.

I mark these mistakes down to being a digital immigrant traveling in a very foreign land.

Facebook, after all, was created by a Harvard University student in 2004 for a generation used to online life, as NYU professor Clay Shirky explained in a 2007 New York Times interview:

“To some extent, a generation gap is already apparent in the Facebook population,” said Shirky. “Younger people will use it more naturally and differently than older folks.”

Don’t I know that. Sometimes when I’m talking to my younger brothers, both digital natives, I feel like my grandmother might have felt the first time we handed her the remote for a VCR.

“Eh, now, how do I write on somebody’s wall?” I’ve asked. And I still can’t figure out what the heck I’m supposed to do so that my Twitter and Facebook feeds mirror each other.

My younger brothers have kindly walked me through the process, tweaking my profile and installing privacy settings. I didn’t even know there was a privacy option.

It’s not surprising they would prize privacy. According to an earlier Pew study, younger people are more concerned with online privacy. Maybe it has something to do with those stories we hear about pictures of people partying popping up in their professional lives with less than optimal results.

I don’t so much worry about that at this age. But there have been some unexpected meet-ups between the older respected professional I’ve become and the “free spirit” I once was.

Nestled in between two sedate “Happy Birthday” greetings from colleagues was this message from a junior high school friend:

Happy Birthday, Dori! It was close to this time of year a million years ago when we ran away from home together just for the adventure ;)

A million years, many lifetimes ago and a time and place I may have forgotten were it not for Facebook.

I once read that one of the underappreciated aspects of diversity is that when we create something for one group it often benefits many others. For example, curb cuts for people in wheel chairs have also been a great boon to people pushing baby strollers or pulling luggage.

(I would link to the citation but I read it either before Delicious.com was invented or before I knew how to use it.)

I thought about that on my birthday. I doubt anyone initially involved with setting up Facebook to help college students meet envisioned sharing it with people their parent’s age. But here we are, searching for each other, surprising each other and supporting each other.

For all the people who took the time to wish me a happy birthday — thank you. Each one of you helped make it the best birthday ever.