Google Plus a Ghost Town? Not If You Look at Communities 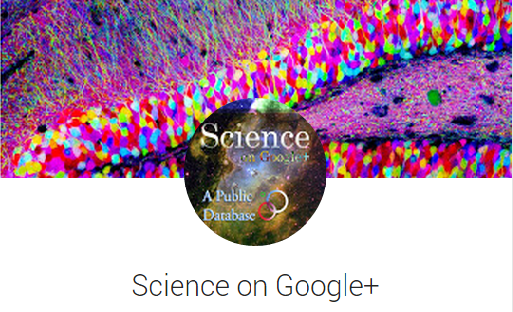 Google Plus isn't the ghost town it's made out to be if you dig into the communities that find a home there.

In late August, a moderator for the Landscape Photography Google Plus community posted an event page to the platform. As with Facebook events, Google Plus allows users to RSVP to events and also post photos and messages within them. This particular event announced a themed photography contest; participants had until September 1 to upload their entries directly to the event page. The theme for the contest was “Wild Things.”

“Photos in this category should contain a WILD animal,” the contest rules read. “The animal may be in the wild or in a zoo or conservation area. NO dogs, cats, pets, or domestic animals are allowed. Only original photographs are allowed.” Though the community could comment, share, and “+1” the photo entries, a small group of moderators would choose the winners.

“What I find intriguing about these places is that people have their own sets of norms. People come up with really interesting ways of talking to each other that are community defined and make them really special.” -Danielle Buckley

Over the next several days, I watched in awe as dozens of breathtaking photos began to appear on the contest page. Though the photographer skill level varied, there were many that looked, at least to my untrained eye, as if they belonged between the pages of a glossy magazine like National Geographic. And it was obvious that I wasn’t the only one perusing these photos; several of them had dozens of comments and +1s. The winner, announced on September 4, was uploaded by a Canadian named Nancy Dempsey and depicted a humpback whale breaching the water’s surface. Nearly 80 people chimed in to congratulate her.

“We’ve been running these every two weeks for quite some time,” Margaret Tompkins, one of several moderators for the Landscape Photography community, told me in a phone interview. “And that’s become one of the trademarks of our community. We’ll get about 500 photographs posted for each one.”

The power of community

Launched in December 2012, the communities tool has become one of the most vibrant and popular features on the Google Plus platform. Like Facebook groups, communities usually focus on a particular topic. (Some of the most popular communities include Science, Photographers, and Space.) Anyone can launch a community, thereby becoming a moderator, and then that person can approve other users as moderators as well. Moderators have broad administrative powers that allow them to delete posts (those that are off topic or spam), create subcategories (the Landscape Photography community has more than 10), and pin posts to the top of the page so they can gain more visibility.

Despite Google Plus’s impressive growth numbers — it announced last year that it had reached 300 million monthly active users — it has been perennially regarded by many tech reporters as a failed social network. A New York Times piece in February declared the platform a “ghost town,” only for the reporter to publish a blog post a few days later after receiving dozens of comments and emails from annoyed Google Plus users who declared it anything but. Any growth numbers announced by Google have been met with skepticism, even when third-party sources have backed up the company’s claims. For instance, a report from comScore listed the Google Plus mobile app as among the most popular within the App Store. (A Quartz Facebook post asked, incredulously, “Who is downloading Google Plus?”) A Forrester Research analyst found that brands see twice the engagement on their Google Plus pages than they see on Twitter.

So why the disconnect between what Google claims about the social network’s engagement and reporters’ declarations that it’s essentially dead in the water? Much of it can be ascribed to the tyranny of anecdotal observations. Reporters who have spent the last several years building presences on Facebook and Twitter will briefly dip into Google Plus, look around, and then declare it uninhabited without searching for more engaged users. There’s also some evidence that the social network appeals to certain demographics over others. According to market research firm GlobalWebIndex, the network has seen some of its strongest growth in developing nations with still-emerging Internet populations.

To find and interview some of Google Plus’s most engaged users, a reporter could simply visit its most popular community pages, some of which receive hundreds of forum posts a day. The Science community, for example, has more than 400,000 members, and a Gif posted by one of its members on the morning that I’m writing this has 251 +1s, 50 shares, and over a dozen comments.

“What I find intriguing about these places is that people have their own sets of norms,” said Danielle Buckley, a Google product manager who works on Google Plus. “People come up with really interesting ways of talking to each other that are community defined and make them really special.”

So who are these users gravitating to Google Plus communities? I posed this question to Margaret Tompkins, an amateur photographer who “used to build databases, really big ones, for the government” and now moderates the Landscape Photography community.

“Definitely the most active ones are amateur photographers,” she said of her own community. “These are people who are trying to go from the mere snapshot phase to” learn how to manually shoot and edit photos.

According to Jay Patel, the founder of the Landscape Photography community, the pedagogical offerings of the community are what make it so appealing.

“It’s very conducive to a learning based engagement,” he said in a phone interview. “If you are an educator, Google Plus was absolutely heaven sent, as opposed to Facebook, which, before Google Plus came along, all you could do was put a short post up that you couldn’t edit after it was posted. So right from the launch we understood that Google Plus as a platform was very conducive to having conversations, teaching other people, getting more and longer engagement rather than friends simply talking to friends and sharing their statuses.”

To understand what he means, you can peruse the “critiques” subcategory within the Landscape Photography community. Amateur photographers, wanting to learn new ways to enhance their photo-taking abilities, will upload a photo to the category along with the hashtag #ImproveMyPhoto. A user named Winay Chaudhari did just that in September with a photo he shot of the Shiroda Beach in Maharashtra, India. A photographer named David White chimed in a few days later:

The soft curved lines in the sand are great leading lines to get the viewers eye into the scene. I wish they were a little more enhanced.  Actually focus will not help much in what you were trying to accomplish. That is all done in exposure. Unless you are going for an abstract design then I would focus about 1/3 of the way into the scene with a large f stop like an f16 or greater. This will make the scene in focus front to back.

Light will make this scene also. I would of shot this right up until dark. As you do not have any EXIF data in your post I cannot tell ppreciselywhat your camera settings were [sic]

The power of ego

The community’s massive growth (it boasts nearly 400,000 members), Patel said, can be attributed to how it’s designed to appeal to users’ egos.

“What we did was create a ‘photo of the day’ category. If you post a compelling image, we will take that image and move it into this special category. Remember, the whole psyche of people on social media is they want to be famous. There’s no monetary benefit; it’s completely a psychological impact playing into our desire to talk about ourselves.”

Many of the largest communities are growing at a rapid pace, a growth rate that has only continued to pick up in the past year. Dr. Zuleyka Zevallos, a Melbourne, Australia sociologist who is one of the moderators for the Science community, told me that Science has grown from 300,000 to 400,000 members in just a few months. And it was obvious, after spending more than an hour perusing through the community, that its moderation team of “20 qualified scientists who have PhDs, peer reviewed publications and who work in universities or as researchers” take the responsibility of managing such a large following seriously.

Its subcategories are divided among several scientific disciplines, ranging from earth science to physics, and each category is fastidiously policed to weed out pseudoscience and off-topic posts.

“We address misinformation, and we remove spam and non-science posts (like sci-fi),” Zevallos said in an instant message chat. “Our moderators also keep a close eye on threads and contribute via actively writing to our members. This means [the moderators] will guide the discussion by correcting issues, asking questions, providing links to peer-reviewed research, and generally maintaining a high general standard.”

The moderators often promote the best of these discussions via a regular series called “Curator’s Choice.” In August, for instance, a community member posted a photo of a bowl of water that had curiously frozen in such a way that seemed to defy gravity. A user named Casey Webster, who describes himself on his Google Plus profile as a meteorologist and programmer, posted a detailed roundup of research that explained how water vapor gradients can cause ice to spike when it freezes quickly. In another Curator’s Choice post, a fifth grader asked about the layers of the earth’s crust, a question that a user named Jonathan Chung devoted 400 words and a half dozen cited sources answering. “The types of posts we get range from introduction to key science topics such as how computers work, to more complex topics such as on various cancer research,” said Zevallos.

The educational offerings of the Science community go even deeper. A category called “applied science” adopts the ethos of maker culture by providing step-by-step guides to users who want to build machines or practice science experiments on their own. Jonah Miller, for example, posted a tutorial on non-digital computers and how to build them, and another explains how to make “glowing glue.” Many of the communities I visited while researching this article, including Science, made ample use of Google Plus’s Hangouts on Air tool, which allows users to broadcast and record their video chats. There are dozens of regular low-tech Google Hangout “shows” in which real scientists are interviewed and answer questions posed by viewers.

Professional educators have begun to notice how effective these tools can be. An educational technology blog published a post encouraging teachers to create Google Plus communities for their classrooms and use them to create and foster discussions, post helpful links, and schedule class events.

And occasionally, the online relationships fostered within Google Plus communities can lead to offline interactions as well.

“I can tell you we have lots of fun,” said Margaret Tompkins, the Landscape Photography moderator. “And we even have some occasions where we meet up. I just got back from a trip in the Southwest where several of us who had met on Google Plus got together and photographed the Grand Canyon.”

Naturally, she later uploaded several of her photos to Google Plus.

6 responses to “Google Plus a Ghost Town? Not If You Look at Communities”