Skills, Attitudes and Approaches for the Journalist as Curator 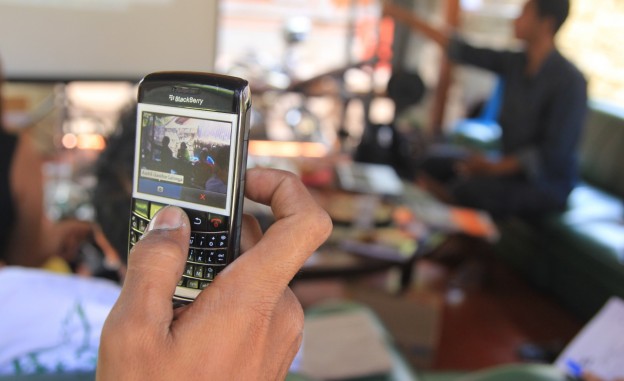 This is the second in a two-part series. Click here to read part one.

“The rise of UGC means many journalists’ roles will change. Rather than being the sole bearers of truth, journalists will be required to allow more space for people to tell their own stories directly.”  – Tow Center for Digital Journalism report on amateur footage.

"As such collaborative and curatorial approaches to news become more common, what skills do journalists need to adapt?"

As the people formerly known as the audience report in real time around the globe, producing an overwhelming volume of information, journalists face the challenge of making sense of it all, and the opportunity to engage with the public in new ways. This week’s annual conference of the Association for Education in Journalism and Mass Communication offers a great opportunity to explore this evolving role of the journalist, and the skills students need to fill it.

Journalists are experts at organizing information. Providing the platform to verify, contextualize and present it will help make sense of the many pieces of a story and understand how they fit together. This could take the form of crowd-sourced mapping, an interactive gallery of multimedia stories (see Sandy Storyline), a Twitter feed or Facebook page (see Jersey Shore Hurricane News), or a television show that broadcasts stories sent in by community correspondents, like India’s Citizen Journalist show.

The tools to film, photograph and publish reports are no longer restricted to employees of media outlets, so why should the skills be limited to professionals? As community members are increasingly involved in the storytelling process, their ability to create, distribute and consume reports effectively is in the interest of everyone in the news business. Whether by sharing apps like StoryMaker that take citizen reporters through the process of creating a video story, training materials to help citizens tell effective stories, or information on how to spot fake content on social media, journalists can play a role in creating a community of informed news producers and consumers.

Ask what you aren’t seeing

In India, 70 percent of people live in rural areas, but only a tiny fraction of the nation’s news coverage focuses on issues important to them. By training community correspondents in rural villages to report on issues facing their communities, Video Volunteers has reported a trove of stories that had gone sorely under-covered — from acid attacks and environmental destruction to human trafficking. Of course, India is not the only country whose news media fails to reflect the diversity of its society.

Jean Marie Brown found that poor coverage of people of color in U.S. mainstream media hasn’t changed much with online publishing. Curating community, ethnic and citizen media can tap into the stories that are often left out of mainstream coverage. Voices of New York, a project of the CUNY Graduate School of Journalism, curates and translates articles from the city’s ethnic and community media, presenting issues and perspectives of New York City one doesn’t get from the New York Times.

Some of the most widely shared videos from Gaza right now are not from Gaza at all, but from Syria. As audiences get their news from Facebook and Twitter, the deluge of information leaves viewers confused about what is important and what is real. While a good reporter will verify citizen footage before sharing it in a report, a great reporter will track down the filmer, find the story behind the video, and explain how the footage adds to our understanding of a story.

Madeleine Bair works at WITNESS, where she curates the Human Rights Channel, a Webby-nominated collaboration with Storyful, hosted on YouTube. Follow her at @MadBair, and follow the channel at @ytHumanRights. She will be speaking on the panel, “Media Policy and Participatory Journalism” at the AEJMC annual conference on August 7.

One response to “Skills, Attitudes and Approaches for the Journalist as Curator”