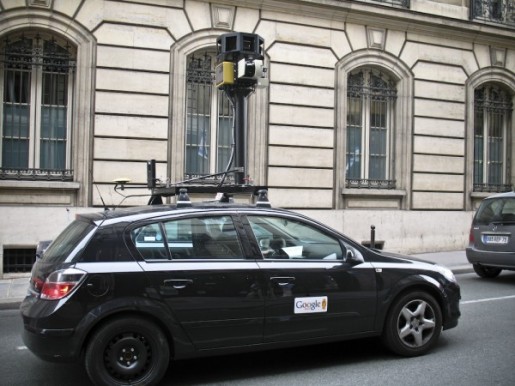 The European Court of Justice has established a "right to be forgotten" ruling throughout the European Union. Photo of Google car by ollografik on Flickr and used here with Creative Commons license.

Google has taken its first public steps to comply with a troubling ruling by the European Court of Justice establishing a so-called “right to be forgotten” throughout the European Union. The ruling, on May 13, requires that search companies consider individuals’ demands to remove Internet links that reference them, and to give those requests priority over the public’s broader information needs. The links may be required to be erased even if the content is truthful, lawfully published and causes no prejudice to the individual.

Google last week launched a webpage that lets Europeans request the deletion of links to personal information about them. But it is not apparent, given the breadth and vagueness of the ruling, how the company can comply without suppressing newsworthy expression and other facts that serve the public interest. For the time being, it appears that Google will have to weigh individual takedown demands from any number of the EU’s 500 million citizens, across the 30 trillion webpages the company has indexed at any given time.

"The ruling provides no breathing room for linking to otherwise-protected information by various publishers of journalism."

The ruling contains language exempting information published “solely for the purpose of journalism,” but in practice large swaths of newsworthy information will not be protected; even a front-page newspaper story that remains online could be rendered nearly impossible to find. This thin protection also may allow governments to pick and choose what counts as news when enforcing requests to be “forgotten” — a dangerous proposition that is vulnerable to abuse.

The court ruling came despite a recommendation last year by EU Advocate General Niilo Jääskinen that the Court of Justice of the European Union reject the “right to be forgotten” approach to privacy outright. Attempting to balance such a right against those of Internet companies and users, Jääskinen advised, “would entail sacrificing pivotal rights such as freedom of expression and information.” Individuals could seek to suppress “legitimate and legal information that has entered the public sphere,” he argued, and any process requiring search companies to make these private-vs.-public calls would be unworkable.

After the ruling, Google co-founder and CEO Larry Page acknowledged the challenges inherent in drawing such lines. “Certainly,” Page told the Financial Times, “I worry about the effect that might have on democracy over time if we don’t do that perfectly.”  Separately, Google Executive Chairman Eric Schmidt said the company disagrees with the court’s ruling.

While Google presents an especially tempting target for takedown demands given its roughly 85 percent market share in Europe, the ruling applies to all search engines there. The opinion has a broader reach as well, giving rise to questions about whether it will choke off future social and economic developments. While Page asserted that Google can “spend money … and deal with” a rise in takedown requests, he warned, “as a whole, as we regulate the Internet, I think we’re not going to see the kind of innovation we’ve seen.”

Policies that place liability on Internet intermediaries for the conduct of their users are generally fraught with risk, but the imprecision of the new ruling enables unprecedented mischief by individuals seeking to control what the public may learn about their actions.

Google launched a web page that lets Europeans request the deletion of links.

As formulated by the court, the “right to be forgotten” represents a break from foundational understandings of protections for individual reputation and privacy. Unlike the well-established prohibition on defamation, or newer doctrine that sanctions placing an individual in a false light, the ruling holds that information may be removed from search engines even if it is completely true. And in a marked departure from common understandings of privacy and due process, information may be scrubbed without a showing that its publication harms the complainant in any way.

Instead of placing the burden on those who wish to remove facts about themselves from the stream of history, search companies and the general public will now be required to demonstrate that information has not become “inadequate, irrelevant or no longer relevant, or excessive” to the purpose for which it was collected, “in the light of the time that has elapsed.” According to the opinion, the “right to be forgotten” overrides, as a rule, the rights of search engine companies to operate and “the interest of the general public” in finding information about a person.

Given the potential for abuse posed by the court’s ruling, it is small wonder that a number of commentators have called the ruling “Orwellian.” But in contrast with the brutal intent of Orwell’s nightmare government, the European court’s ruling attempts — albeit unsuccessfully — to address a legitimate concern of the digital age: How do individuals who have not sought out publicity prevent themselves from becoming the subjects of some form of unwanted gaze, oftentimes without cause? And, more broadly, does the Internet’s persistent archiving of facts overwhelm individuals’ privacy interests, to the point where no aspect of one’s life is immune from permanent examination?

SERIOUS CONSEQUENCES FOR THE PUBLIC AND THE PRESS

This serious concern both affects and vexes journalists. As photojournalist James Rexroad, who covered the war in Bosnia and its aftermath, told CPJ, “Traditionally, news media is a temporary thing. It … goes for the week or the month or the season, and it’s out there, and some people hold on to it, but it moves along, so you don’t have that permanence to it.”

“Personally,” he added, “I kind of like the idea of being able to just erase yourself from the Internet. It seems appealing, but it doesn’t seem realistic.”

The ruling comes out of a legal and cultural environment that often favors privacy rights over free expression — more so, for example, than in the United States, where the First Amendment strongly protects the dissemination of truthful information. According to legal experts interviewed by the New York Times, the ruling applies to both European citizens and data hosted in the EU, meaning the ruling could also limit the ability of non-Europeans to access information under some circumstances.

Regardless of the ruling’s good intentions, its lack of limiting principles invites abuse by powerful or blameworthy individuals. As Media Legal Defence Initiative legal director Peter Noorlander told CPJ, politicians with a history of corruption could bury old scandals. “These people will be able to kind of cleanse their history so journalists are thrown back 15, 20 years,” he said. “It is going to make research harder for journalists.” In addition to weakening one of journalism’s most powerful research tools, the ruling harms journalists by enabling the censorship of links to their work.

The opinion came against a backdrop of government efforts in recent years to put limits on publication. In Spain, where the case originated, government officials proposed in 2012 a ban on photographing Spanish police officers after images of alleged police brutality against demonstrators made international news. Although the legislation failed, the new ruling would allow violent officers a second chance at burying evidence of their actions. (CPJ’s own documentation of violence against journalists by Spanish police officers might also be subject to de-linking under the ruling.)

The ruling by the Court of Justice of the European Union holds that information can be removed from search engines even if it is completely true. Photo by Sean MacEntee and used here with Creative Commons license.

Or take the example of Yan Morvan, whose photography book was banned by a French court over a single image of a young gang member, since reformed, brandishing a hammer and flare gun allegedly intended for use in street battles.

“A journalist doing diligent and legal work only can have the subject of the stories able to erase any mention of themselves in it — that’s incredible,” said Rexroad of the new ruling. “That’s disheartening to know that people who dedicate their lives to journalism, can just have, selectively, those things wiped away.”

In the underlying case, a Spanish man named Mario Costeja González brought his complaint against Google after he tried and failed to have references to years-old court proceedings removed from the website of a daily newspaper. While publication of González’s information by the newspaper may have been protected expression, those protections did not extend to Google, nor did the court discuss them in any meaningful way.

The ruling provides no breathing room for linking to otherwise-protected information by various publishers of journalism. Instead, it serves to limit the scope of newsworthy expression to information published “solely” as journalism, and to hide facts that could otherwise be viewed and verified by future readers.

By robbing journalists and other researchers of context, and the public of its right to know, the European court’s ruling portends an uncertain period for press freedom and rational thought. And while the use of “Orwellian” may be overwrought, given the court’s laudable aims, the author’s warning nonetheless still echoes: “Who controls the past controls the future: who controls the present controls the past.”