Burma’s Path to Democracy Bumpy with Clampdown on Free Press 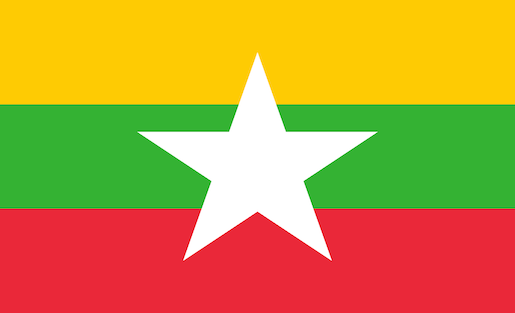 Will Burma’s reforms lead to substantial change? That question has been repeatedly asked since the political initiatives taken in 2011 were seen as steering the country towards democracy and away from its history of military rule. Three years later, assessments of Burma’s progress vary, especially around media freedom and free expression.

On a recent visit to the country, Melinda Quintos de Jesus, executive director of the Philippines-based Center for Media Freedom and Responsibility, expressed optimism. “Surely officials know that, once released, the freedom genie cannot be summoned back to the bottle. As an exiled journalist returning to his country put it: The process may be slow; it may be even stalled. But it will be very difficult to stop,” she said at a conference last month.

"Unless there is a free press to check those who are in power, we will not be able to defend the rights and freedoms of the people." -Daw Suu of Burma

In contrast, Aung Zaw, the founding editor of Irrawaddy magazine, warns that the perception of rapid reform does not necessarily match reality. “What we see now is serious backsliding,” Zaw said on March 6 while speaking at a panel in the U.S. “The changes have become more superficial; the changes are not real.”

And three years after the reform process began, Burma’s state-run daily newspapers do not enjoy complete editorial freedom, particularly when it comes to news stories on the country’s top leaders.

So should Burma’s path to democracy be viewed with optimism or wariness? Perhaps a mixture of both, as recent developments in revisions to the legal framework supporting freedom of assembly and media freedom suggest.

On March 14, the Law on the Right to Peaceful Assembly and Peaceful Procession underwent a welcome amendment. Following changes to the notorious “Section 18,” people no longer need to apply to the police for permission to protest, though they must inform the authorities of any planned demonstrations.

ARTICLE 19 has tracked 132 cases where the government arrested, prosecuted and imprisoned people for failing to get prior permission to protest. Many of those affected were protesting against “Section 18” itself.

“The amendment of this anti-democratic law is the first successful step of a increasingly influential civil society working together with new MPs that are striving to democratize Myanmar within a fairly closed political set up,” said ARTICLE 19.

And some not so welcome ones…

CPJ has actively reported on the lack of press freedom in Burma, calling on the government to veto the recent media law.

Unfortunately, at the same time other problematic laws have moved forward.

Two bills affecting media freedom were ratified in a joint parliamentary session on March 4, after a lengthy deliberation and various redrafts. The Media Law and the Printing and Publishing Enterprise Law are expected to be signed into law imminently by President Thein Sein. Despite claims by Information Minister U Aung Kyi that they will “provide protection to journalists and the media”, opponents have raised concerns. “Both bills fall substantially short of hopes among local journalists and press groups that the legislation would free the press from heavy-handed state intervention and oversight,” lamented the Committee to Protect Journalists (CPJ).

The Media Law was drafted by the Myanmar Interim Press Council, in consultation with journalists and the media community and outlines the rights and obligations of the country’s media and the running of press enterprises.

In contrast, the Printing and Publishing Registration Law was drafted by the Ministry of Information without broader consultation. It has been controversial since it was first unveiled in February 2013.

“These new laws effectively replace the draconian Printers and Publishers Registration Law of 1962. Implementing such a dramatic change for Myanmar’s media environment is a victory in itself,” said the International Federation of Journalists (IFJ). This was a reference to the fact that until recently, all publications in Burma were subject to prior review under the country’s notorious censorship board.

However, elements of the new laws are “unnecessarily controlling”, IFJ warns. The Ministry of Information’s bill requires all media enterprises to register with the government or risk fines. And it creates a new registrar position with sweeping powers to grant and revoke publishing licenses. Journalists told CPJ that this measure could lead to “self-censorship among editors due to fears their licenses could be revoked for news coverage perceived as sensitive, including reports on ongoing ethnic and rising intra-religious tensions across the country.” The IFJ echoed a concern over a potential increase in self-censorship, given the recent rise in defamation actions against journalists.

The bill also sets certain limitations on content by banning the publication of materials that “insult religion”, “disturb the rule of law” or “incite unrest.” However, it is worth noting one welcome improvement: offenses will be penalized with fines, whereas an earlier version of the bill allowed for prison terms. The Myanmar Press Council and other groups including CPJ had advocated for the removal of that provision.

In a March 17 letter to President Thein Sein, CPJ has urged him to “restore confidence in its reform intention” by vetoing the Printers and Publishers Registration Bill and by revoking Burma’s other laws that are used to harass, threaten and jail journalists. The IFJ has called on the Thein Sein government to continue its dialogue with journalists if it is determined to develop a free and robust media in Burma.

A long transition to democracy?

Last week, approximately 350 journalists and media professionals gathered in Yangon at the East-West Center’s International Media Conference on “Challenges of a Free Press”. There was much discussion at the conference about how Burma is at the very beginning of a long transition to democracy, reports Barbara Trionfi of the International Press Institute (IPI).

“If people ask me do we have absolute freedom of media in this country, I would say ‘No’, for the simple reason that we do not as yet have the kinds of laws that promote a free press,” opposition leader Daw Aung San Suu Kyi said in Yangon on 9 March, at a luncheon ahead of the conference.

“Unless there is a free press to check those who are in power, we will not be able to defend the rights and freedoms of the people,” Daw Suu, as she is known in Burma, said. “But at the same time this press has to be aware … of the great responsibility that it has for the stability of the nation,” she added, stressing the need for proper training of the country’s journalists.

While Daw Suu’s emphasis on press freedom was welcomed, according to Trionfi some people in the audience felt she stressed a bit too often her point that journalists must act responsibly.

Quintos de Jesus notes that a framework of responsibility and accountability “should not be imposed by government. It must be adopted by a free press community. There must be an effort among those working in the media to understand what their purpose is in a democracy.”

While the euphoria about reforms in Burma may be somewhat diminished, there is reason to celebrate some of what has been achieved. The struggle for democracy is by no means over and must be approached with equal measures of caution and determination. The growing strength of the country’s civil society and the insistent clamour for true political change provide reason for hope.