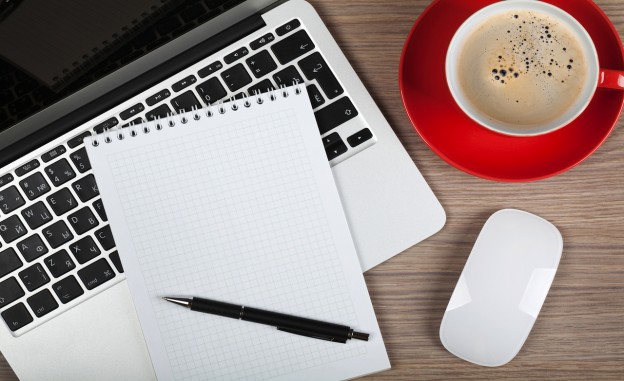 When we put out the call to J-school educators for the first round of experiments to #hackcurriculum for the Challenge Fund for Innovation in Journalism Education, we already knew we were hitting a rich vein just waiting to be mined.

We saw the momentum in our Facebook Educators group, where a virtual cohort of nearly 600 digitally hungry and committed academics exchange rapid-fire ideas on favorite tools, curriculum tips, job openings, how-tos and student motivation. We heard it in the halls of our annual conference, where academic attendance is climbing and more and more mentors compete to work with the best and brightest in the Student Newsroom. And we hear it in the frustration of committed, multitasking teachers who are searching for the means to creatively engage their students in the community and work with local media.

"We wanted to see true community engagement and impact, at a level of success that would be replicable in other schools."

The four foundations supporting the Challenge Fund — the Democracy Fund, Ethics & Excellence in Journalism, Knight and McCormick — had long been on the same wavelength. The time was overdue to provide some space and support, up to $1 million worth, for experimentation in the academic and media ecosystem.

Three months later, our selection committees were looking at 125 applications from schools small and large, from all over the United States, to pick the first round of winners for the two-year fund. Bright shiny things and gee-whiz technology were not the goal. We wanted to see true community engagement and impact, at a level of success that would be replicable in other schools. Will students learn to produce new kinds of news in open collaborative teams? What do they want to find out with their experiment? How will their community and local news outlets benefit?

While we originally planned to award only 10 micro-grants, we upped the number to an even dozen based on the sheer quality of applications. The 12 selected schools, each of which will be getting $35,000 to test their hypotheses, run the gamut in their goals. Just a quick sampling shows experiments using:

We’re delighted to see and support so many community-centric ideas in so many schools across the land — so many, in fact, we had to also pick 13 honorable mentions. When we open up entries later this year for the next round of funding, we hope those interesting ideas will get richer, and we’ll see them again in renewed form.

Arizona State University, “Finding the Middle Ground”: The investigative News21 project will use databases and other engagement tools to test the idea that deep engagement with groups on both sides of a divisive issue — guns — may have an impact on both the final investigation and how the groups react to it. Partner: Public Insight Network.

CUNY Graduate School of Journalism, “Hack the Mold”: CUNY will experiment with both in-person and on-line engagement with tenants when reporting on a low-income community’s experiences with mold in New York City public housing. Partner: The New York Daily News.

San Diego State University, “What’s in the Air?”: Journalism and geology students will partner with a nonprofit news organization to experiment with the concept that using electronic sensors to test air quality in San Diego can help the public be more informed about pollution and its impact on the city. Media partner: inewsource.

University of Missouri, “The Town Square”: Can television public affairs programming be reinvented by basing it on social media conversations? Partner: KOMU-TV, an NBC affiliate.

University of Oklahoma, “Talk With Us”: Students will use mobile video and GIS data to experiment with the idea that creating a conversation in Oklahoma City between residents of low-income neighborhoods and area leaders will raise the issue of poverty on the public agenda. Partner: Oklahoma Watch.

University of Wisconsin-Madison, “The Confluence”: A statewide investigative collaborative will use digital tools and community engagement, including volunteer citizen water monitoring, in an effort to increase the impact of journalism on improving water quality and supply issues. Partner: Wisconsin Center for Investigative Journalism.

Jane McDonnell is the executive director of the Online News Association. Prior to joining ONA, she served as Consulting Senior Editor for the Project for Excellence in Journalism’s 2008 State of the News Media Report. In 2006-2007, she oversaw the communications, marketing and digital efforts at the Center for Public Integrity and was part of a CPI team that won online awards from the Society of Professional Journalists, Investigative Reporters and Editors, the National Press Foundation, the Society of Environmental Journalists, the Association of Healthcare Journalists and Harvard’s Joan Shorenstein Center on the Press, Politics and Public Policy. She started up Public Access Journalism in 2001 to examine social issues in print, broadcast and themed public Web sites featuring webchats, blogs, videos, podcasts and interactive resources.