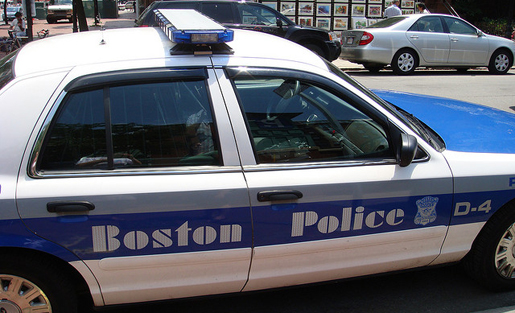 The Boston Police Department charged Miller for wiretapping. Photo by velkr0 on Flickr and used here with Creative Commons license.

Carlos Miller is not one to back down. As the founder and publisher of Photography is Not a Crime, a leading blog about free speech and press rights in the U.S., Miller has made it his mission to publicize examples of government overreach and the suppression of journalists’ and other newsgatherers’ rights. And although he frequently finds himself taking law enforcement officials to task through a combination of original reporting, analysis and activism, Miller never expected that his work would lead to a criminal charge punishable by a decade’s imprisonment.

"We are really open about what we do. And somebody has to hold [the government] accountable." -Carlos Miller.

A veteran reporter, Miller has covered breaking news as both a full-time staff reporter and a freelancer with news organizations in several states, including several years on the police beat for the Arizona Republic. Miller founded Photography is Not a Crime after he was arrested for photographing a group of police officers while he was on assignment in Miami six years ago, an arrest for which he was ultimately vindicated. “I’m very careful of not breaking the law,” Miller told the Committee to Protect Journalists. “If I had broken a law, then I would just admit to it, ‘Okay, you got me,’ and then I would have to deal with the consequences. But if I’m not breaking the law, then I’m going to be very adamant about it. I’m going to stand up and fight it.”

The story of how Miller came to face such a serious charge — which police dropped on Nov. 15 after a massive backlash from free expression advocates and members of the press — is as convoluted as it is improbable.

Miller was charged with the crime of witness intimidation for a single statement he made in a blog post on Photography is Not a Crime.

The post detailed an incident that led to a wiretapping charge against a student journalist with whom Miller is acquainted. The student, who police say recorded a Boston Police Department (BPD) spokesperson without her consent, was seeking comment about an unrelated video of a BPD sergeant who can be seen intimidating a videographer filming a detention from a public sidewalk. (The student disputes the allegation that he failed to secure consent; the charge against the student was also dropped on Nov. 15.)

A telephone conversation with a BPD detective as relayed by Miller indicates that Miller’s ‘crime’ consisted solely of including within his blog post the main media relations phone number listed on the department’s website, the publicly-available email address of its spokesperson, and an admonition to Photography is Not a Crime readers to contact the spokesperson and ask that the department drop the charges against the student journalist. Miller says the same detective told him, “I can go and get warrants for every person who called” the spokesperson.

Although BPD ultimately came to its senses and dropped the charge against Miller, the aborted prosecution nonetheless represents a strange turn of events in the U.S., where authorities have recently jailed a blogger and another journalist in relation to information they posted to the Internet. And while Miller’s case would be chilling anywhere, it is particularly difficult to reconcile with the speech and press guarantees of the U.S. Constitution.

Regardless of where such censorship occurs, governments must understand that the Internet has subjected their actions to far wider scrutiny than ever before. Heavy-handed tactics now bring a real risk of public exposure and outrage. As a federal appeals court put it in ruling against BPD officers in 2011

Moreover, changes in technology and society have made the lines between private citizen and journalist exceedingly difficult to draw. The proliferation of electronic devices with video-recording capability means that many of our images of current events come from bystanders with a ready cell phone or digital camera rather than a traditional film crew, and news stories are now just as likely to be broken by a blogger at her computer as a reporter at a major newspaper.

That is why, to Miller, the most important virtue is transparency. “We are in a very new age because of technology, a very new age of journalism,” he says. Of government authorities, he notes, “We are really open about what we do. And somebody has to hold them accountable.”