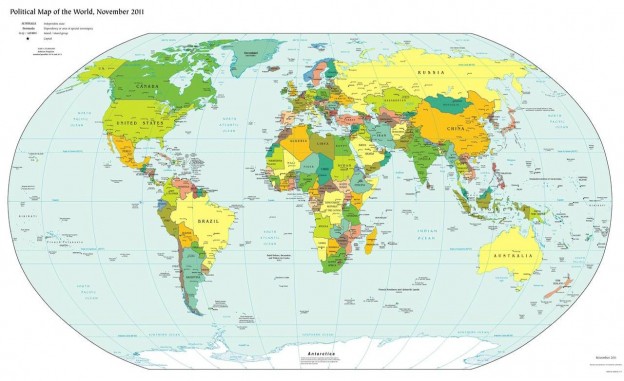 On a first trip to Africa, a hand shot up in the back of the classroom. A young radio journalist began his commentary this way: “I have respect for the professor from the United States, but he is revealing how little he truly knows about Liberia.”

"With text messages and even voice mail recorders to give out short news briefs, African radio stations are discovering other techniques to allow listeners to get information while conserving power and costly minutes on their phones."

Looking back, that moment crystallized just when I realized I had shifted into a different media universe from the one in which I live — with its 24/7 news cycle, where consumers are seemingly always looking down at their smartphones to check for the next email or tweet. And, that meant I needed to approach teaching journalism much differently than I do at home.

Invited by the U.S. government to lead seminars on how to improve community radio, I was traveling across Liberia over the course of two weeks. That morning, I was lecturing on the basics of agricultural and development radio in Zwedru, in Liberia’s rugged back country. A primary school had loaned a classroom to the local association of radio journalists, and more than 30 journalists squeezed into the wooden desks. I had just given a checklist of what should be in every rural radio broadcast. The suggestion that a weather report be included in every newscast made the top of the list in the PowerPoint presentation.

That’s what the radio journalist stood up to challenge. “Prof, everyone knows there is no reporting of the weather in Liberia,” he said before sitting down.

And he was right. Outside of the capital of Monrovia, there are no zoned forecasts, indeed no reporting of weather of any kind, other than perhaps disaster reportage. The country doesn’t have a weather service, and meteorological reports are reserved for aviation in the capital. Other journalists in the session assured me that knowing there is a rainy season and a dry season is all that was necessary. For someone who teaches journalism and media classes, this was like something out of “The Twilight Zone,” an alternative reality. How can a country that depends so heavily on agriculture not have something so simple that people in the developed world take for granted every day? How could Liberia hope to compete with its neighbors in agricultural advancement without such basic information?

Liberia ranks just above Afghanistan on the United Nations’ Human Development Index. It is one of the poorest countries in the world.  And it is still struggling to find its feet more than a decade after debilitating civil wars and other armed conflicts. According to the World Bank, less than 4 percent of the country has regular access to the Internet. Although cell phones are ubiquitous, few have smartphones. In this media universe, television only has a few channels, and is mostly unreliable due to the daily power blackouts in much of the country. Radio dominates, because people can use battery-powered units or even wind-up receivers.

So in this context, the goal is to get radio programmers and station managers to think less like traditional, legacy media and more like managers of an information hub. In its programs supported by the Bill and Melinda Gates Foundation, Farm Radio International is doing just that in five African countries: Ghana, Malawi, Mali, Tanzania, and Uganda. Farm Radio International suggests that community and agricultural radio stations use one of their best assets to bring the Internet into rural communities. By hooking Internet satellite receivers to their radio towers, radio stations can start local cyber-cafés or they can team with local merchants to take on that project. That idea certainly got the Liberians buzzing, especially when they realized neighboring countries were already succeeding at these experiments.

Like other parts of the world, cell phones in Liberia come equipped with radio receivers. So although most listeners are not carrying smartphones, radio stations already have a presence in almost everyone’s pocket. When a Liberian is wearing earbuds, usually they aren’t listening to a personal playlist — instead they are simply streaming the radio out of their phone. So with text messages and even voice mail recorders to give out short news briefs, African radio stations are discovering other techniques to allow listeners to get information while conserving power and costly minutes on their phones. Some radio stations are also using text messages to successfully promote programs before they hit the airwaves to build stronger audiences for their traditional products.

Although community radio stations in Liberia face the prospect of scrapping for resources in a challenging, post-conflict environment, many have acquired computers. Although they may not have regular Internet connectivity, these programmers have already embraced the digital revolution, by using software such as Adobe’s Audition or Apple’s GarageBand and to edit sound digitally and to use computers as low-cost ways to program their stations instead of keeping an audio board operator working around the clock. Flash-drives on a key chain are just as common as cell phones and are easy to use for transferring audio files.

Rick Rockwell discusses how radio can help communities on SMILE-FM in Zwedru, Liberia.

But this is what makes this media universe so hard to accept: Some parts of it are so familiar yet other parts are missing. The gaps can be frustrating for those accustomed to the developed world.

Many of the Liberian broadcasters, including the journalist who set me straight about the weather reports, promised to take some of the recommendations I brought and those offered by Farm Radio International to heart. They said the next time I come to Liberia to teach a radio class I’ll hear a difference. Feeling their enthusiasm for new ideas, I know that’s not an idle promise.

Rick Rockwell is the director of the International Media program for the School of Communication at American University. He has worked in non-profit and commercial broadcasting since the 1970s.  He is also the executive producer and host of the weekly “Latin Pulse” podcast.