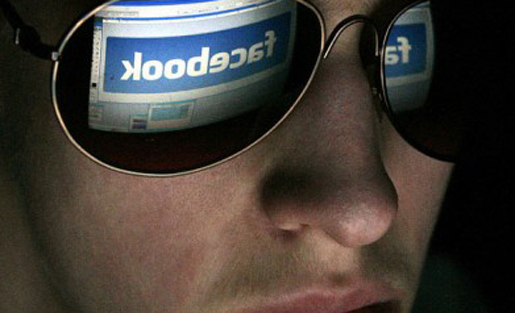 Teens use social media more and participate in a more diverse range of social media platforms if they have large Facebook friend networks. Photo by Paul Walsh on Flickr and used with Creative Commons license.

Teens are using more social media and sharing more on those platforms, says a major report from Pew Research Center. Key findings indicate social media-using teens are not very concerned about third-party access to their data on the sites, are more likely to use a range of social media sites if they have a large Facebook network, and are participating in social media differently depending on race. In the following Q&A conducted via phone and email, three experts interpret what these findings show about teens’ intertwined online and offline lives.

"Teens care a lot about privacy, but they're not thinking about government agencies or corporate marketing. They're thinking about people who hold immediate power over them -- parents, teachers, college admissions officers." -danah boyd

Q: Just 9 percent of social media-using teens are very concerned about third-party access to their data on social media, but focus groups suggest some teens may not really understand their information is used by third parties. Do you think teens’ low-level concern about privacy is more “don’t know” or “don’t care?”

Mary Madden: I think it’s probably a combination of both. More generally, teens are more focused on their social privacy and managing the boundaries of their information sharing from their peers and from other adults in their lives — their parents, their teachers. To the extent to which the advertisers are accessing the information that’s shared on social media sites, that’s not something that’s top-level concern. There are different experiences and different levels of awareness among teens.

Sandra Cortesi: Neither. Teens’ attitude seems to be “know and care very much when it matters, don’t know or care otherwise.” At worst, teens have found certain ads annoying, but they rarely have had negative experiences nor known somebody who has had negative experiences that could be traced to third-party use of data. Thus, they haven’t come across many reasons to know or care about the use of their info by third parties. In contrast, when it comes to parents, other adults in positions of authority (such as teachers or college admissions officers), or peers they seek to impress or to compete with, teens are very aware of how their info can be used, are very concerned about their privacy/data, and take great steps to protect it (usually by filtering content, less often through the use of privacy settings).

danah boyd: Teens care a lot about privacy, but they’re not thinking about government agencies or corporate marketing. They’re thinking about people who hold immediate power over them — parents, teachers, college admissions officers, military recruiters, etc. These are the “third parties” that they care about and that they work to manage their privacy in light of. But typically journalists and adults focus on how teens’ data can be used by marketers. In this sense, teens and adults are equally clueless and ambivalent.

Madden: It’s still the case that teens feel like there’s great value in maintaining a profile on Facebook, to just have a way to get in touch with friends, and also to manage a lot of the logistics around school life, whether it’s sports or different clubs they’re a part of, they need to have a presence. Increasingly the newer platforms are appealing to teens, because they’re new and they’re providing a way for them to compartmentalize their interactions with smaller groups of people, more interest-focused. There are some interesting differences around platforms that seek to be a fundamental part of daily life and logistics and communications and those that are maybe more focused on creativity and self-expression.

Cortesi: My personal feeling, based on our focus groups, is that especially teens from middle-income families (vs. lower or higher income) are the ones not catching on/choosing not to more carefully manage their social media presence. As to what extent we can talk about a social media divide, I think it would be too early to say.

boyd: When it comes to social media, we certainly see some teens who are very sophisticated, engaged, and participatory and other teens who barely use the services. There are numerous reasons for this: time, interest, access, etc. There are definitely skills that are learned by engaging with these sites, but Pew’s data doesn’t give us a sense for what this division means among youth.

boyd: Teens engage in practices that are common among their friends and peers. American society is divided by race. As a result, we see practices that have racial components to them, not because race is what matters but because we’re seeing the division in norms across different personal networks. In my fieldwork, I found that black youth are more likely to be interested in engaging in public spaces, although they’re also more likely to want to be pseudonymous in those public spaces; Pew’s data suggests that this is a common practice. I also found that black youth are more likely to be engaged in and with pop culture; Pew’s finding that teens engage with celebrities affirms what I’ve been seeing. These norms and practices are rooted in broader cultural patterns and practices. Social media is simply making visible cultural divisions that have existed for a long time.

A recent Fast Company article describes how kids’ social media skills develop into competitive advantages in the job searching process later on. One commenter responded, “Not everyone is looking to live their full lives on social media nor should they be pressured to.” That’s the big question: Is social media truly optional or is it becoming an unspoken requirement? Responding to studies like Pew’s, figuring out what teens’ habits mean for the growth of social networks is one side of the coin — the other side is deciding how much social media is allowed to dictate teens’ growth into new generations of working adults.

Jenny Xie is the PBS MediaShift editorial intern. Jenny is a senior at Massachusetts Institute of Technology studying architecture and management. She is a digital-media junkie fascinated by the intersection of media, design, and technology. Jenny can be found “blogging”:http://mitadmissions.org/blogs/author/linxie for MIT Admissions, tweeting “@canonind”:https://twitter.com/canonind, and sharing her latest work and interests “here”:http://www.linjennyxie.com/.