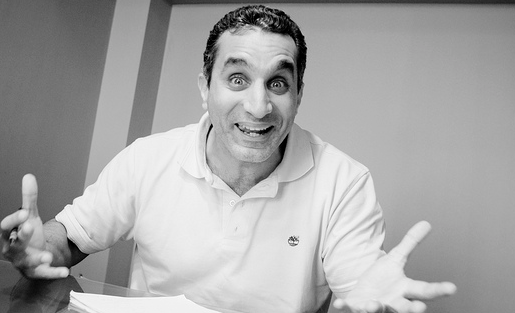 Eskinder Nega is an Ethiopian journalist and blogger who, in July 2012, was convicted under the country’s broad anti-terrorism law and sentenced to 18 years in prison for exercising his right to free expression.  Nega’s conviction has been roundly condemned: by the United Nations, the Committee to Protect Journalists, the Electronic Frontier Foundation, and numerous other rights groups.

An image from the Electronic Frontier Foundation’s “Free Eskinder” campaign.

"Action must encompass both traditional media and the digital world, where news is increasingly produced and consumed." - UN statement.

Ethiopia, however, has ignored their calls, and Thursday, just one day before the world observes World Press Freedom Day (Friday, May 3), Nega’s appeal was denied in a move that CPJ called “the hallmark of a regime fearful of the opinions of its citizens.”  At least six Ethiopian journalists remain in prison, placing the country among the world’s top jailers of journalists along with Iran, Eritrea, Turkey, Syria, and Azerbaijan, among others.  Last year, 232 journalists in total were imprisoned around the world, representing a marked decline in press freedom.

These facts are precisely why, 20 years since its inception, World Press Freedom Day remains so important.  While numerous countries host their own events to mark the occasion, an official UN event that will focus on securing freedom of expression in all media is being held in Costa Rica.  In recent years, the UN has begun to recognize the importance of promoting a free and open Internet, and fighting for the rights not just of professional journalists, but of bloggers and other netizens as well.  In a recent statement from the UN marking the occasion, one passage makes clear its focus on digital rights:

“Action must encompass both traditional media and the digital world, where news is increasingly produced and consumed. Bloggers, citizen reporters and social media producers, as well as their sources, face increasing threats to their safety. In addition to physical dangers, they are being targeted with psychological and emotional violence through cyber-attacks, data breaches, intimidation, undue surveillance and invasions of privacy.”

To ensure that netizens are looped into the celebrations, the UN has even promoted hashtags — #wpfd and #pressfreedom — for following along from home.

A 2011 image by Nina Haghighi shows the world according to press freedom rankings. Creative Commons: BY-ND 2.0.

Restrictions on the press are not merely the domain of repressive regimes.  As Index on Censorship points out, press freedom is weak or in decline across too many EU member states including the U.K., where a new press regulation system threatens to impose damages on those not joining a “voluntary” regulator, and Greece, where in 2012 a journalist was prosecuted for revealing the names of fellow countrymen with Swiss bank accounts.

In Egypt, where the 2011 uprising allowed for greater freedoms for the press, recent developments — the closure of Egypt Independent, eulogized here, and the recent interrogations of television satirist Bassem Youssef and a stand-up comic on his show, “El-Bernameg” — demonstrate how fragile those freedoms are.

And although Costa Rica stands out among Latin American countries as a beacon of free expression, across the region press freedom seems to be on the decline, with only three countries ranking “free” in Freedom House’s annual report.

While for the most part the evidence points to a press in decline, a handful of countries — Tunisia and Burma among them — have made improvements over the past few years.

8 responses to “Why We Still Need World Press Freedom Day”