Will Mobile Education Arrive in the Developing World? 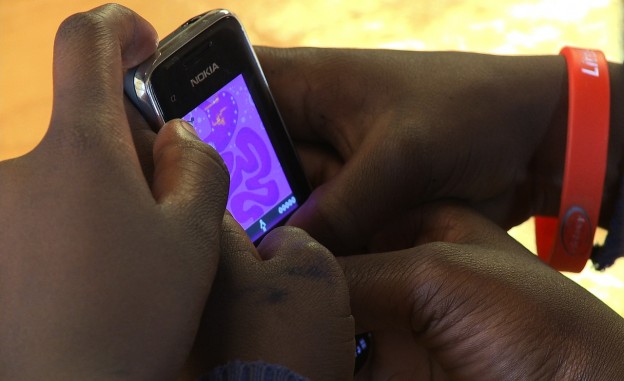 With the lowering cost of data and a widespread enthusiasm for mobile technology, there is greater potential for mobile education to make a difference in developing nations. Photo by "USAID on Flickr":http://www.flickr.com/photos/usaid_images/7824234632/in/photostream/ and used with Creative Commons license.

In developing countries, where smartphones and dependable cellular networks are still scarce, it’s been difficult to gauge the real impact of the mobile education movement. But with the combination of different factors — the advent of new technology, decreased pricing for data, a worldwide lust for mobile education, and a persisting patience for smaller screens and lower connection speeds in nations with little alternative — the landscape in developing countries may be at a tipping point.

“It’s almost like they’re evolving in a different way,” Jakatdar, a native of India, said of people who use lower-end mobile phones in the developing world. “When they see a small screen, they don’t just see a small screen. They see a great opportunity.”

Vuclip already has about 45 million unique monthly users who log onto the company’s platform to watch mobile videos that automatically adjust their resolution and other features based on the level of each user’s network and device, especially low-end devices.

“By no means is that experience (on low-end devices) what you would get on an iPhone,” Jakatdar said. “But it’s way better than what one can imagine when one thinks, ‘Oh, it’s a small screen on a lower level network.’”

According to Jakatdar, the potential is huge for education-related content. Though Jakatdar isn’t pushing for mobile learning to replace formal schooling where the latter is available, he said the service could be beneficial for users who can’t afford a face-to-face secondary or post-secondary education, or who want supplemental help in learning via video.

Another factor that’s shifting the landscape is availability and cost of data. While the cost of purchasing data has traditionally been more expensive for users in developing nations than in developed nations, it appears to have fallen more rapidly during the past 12 months, Jakatdar said. Further, he said, selling data in a packet model format similar to how it’s sold to smartphone users in the United States and other developed nations is gaining steam. That in turn may encourage users to have less concerns about the amount of data they consume, and thus seek more video content.

A report from the International Telecommunication Union released last October found the cost of data dropped about 30 percent worldwide between 2008 and 2011, though it actually dropped more substantially in developed nations than in developing ones.

With Vuclip is following the two-tiered model that has become a standard for many startups — offering free services to most users while charging users who wish to purchase premium content and features — the hope is that delivering educational content to developing countries will drive up the company’s user numbers, while assisting an educational shift that Jakatdar says is coming.

“I still am not sure whether a full-blown education on mobile (technologies) is going to be on the cards in the next few years,” Jakatdar said. “That seems like a little bit of a stretch practically. But I definitely see mobile being a greater supplement to education taking off.”

Vuclip’s user data shows that even low-end mobile devices are far from being commonplace worldwide. Jakatdar said about 70 percent of the company’s visitors are male, and in some regions —particularly the Middle East — skew toward the middle and upper classes. But in India, a nation that accounts for more than a quarter of the company’s monthly traffic, users run the gamut of socioeconomic classes, and in the U.S., users are more likely to be from low-income communities, he added.

Jakatdar says he still sees other shifts that need to happen before that vision is realized. For one, he says educational video publishers will need to shorten more of their clips into the two- to three-minute range that is more accessible for viewers.

“That seems to be the sweet spot of what a consumer can consume at any one stretch,” Jakatdar said. “The two- to three-minute clip I expect will remain popular for quite some time.”

Vuclip announced earlier this month the launch of its new educational video portal, which will feature a growing collection of free online content from the Khan Academy and other authors. It also produced survey data that Jakatdar says shows a widespread belief in video as an opportunity for education.

In the survey of 80,000 Vuclip users, more respondents indicated they would prefer to use their mobile phones as their primary source for obtaining an education than those who indicated a preference for a traditional brick-and-mortar school. While Jakatdar concedes those results may partly be a function of who is using Vuclip’s technology, he said it also points to the expense of formal education in the developing world compared to the dropping costs of data consumption.

Other results from the company’s survey:

Ian Quillen is a Baltimore-based print and online journalist. He joined the MindShift team in January after previously spending nearly three years covering issues in educational technology for Education Week.