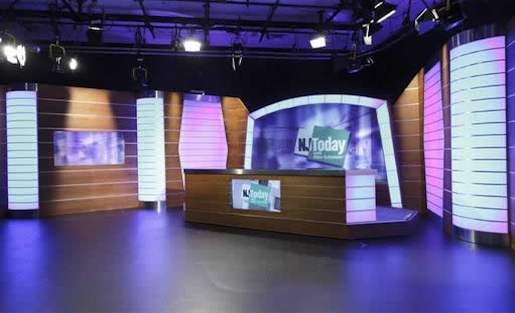 Last month the Knight Foundation announced the winners of the 2012 Knight Community Information Challenge, who will collectively receive $3.67 million in matching funds to “help them take a leadership role in addressing issues relevant to their communities.” One of the winners: the Geraldine R. Dodge Foundation, the lead funder of the New Jersey News Collaborative. I recently interviewed Chris Daggett, the foundation’s president and CEO, via email about the scope and vision of the Collaborative, what success will look like in one year and in five years, and how collaboration figures into the foundation’s funding priorities. Below is an edited transcript of our exchange.

Editor’s note: The original version of this post said that there were no commercial television stations in Oregon – that is incorrect. We apologize for the mistake.

There is no one organization in charge, but the Center for Cooperative Media acts as the hub, encouraging news organizations and journalists to work with one another."

Collaboration Central: Why does New Jersey need the New Jersey News Collaborative? What need (or needs) will the cooperative meet that is/are currently going unmet?

Daggett: Being sandwiched between the New York and Philadelphia media markets makes it hard for anyone in New Jersey to get high-quality coverage of the concerns and challenges we face in our state. There is no commercial television station in New Jersey, and our newspapers are shadows of their former selves. Without reliable news and investigative reporting, our residents cannot make informed decisions about the issues that impact their lives and their children’s futures.

Given the dramatic changes in the media landscape and the advances in technology, we feel that a rare opportunity exists to rethink the way New Jersey news organizations and journalists can work with one another, share resources, and reach broader audiences throughout the state. We also feel that encouraging the public to participate more actively in their communities and demand high-quality news and information has never been more urgent for the long-term livability of New Jersey.

Who are the partners, currently? Are you hoping to sign more partners, and if so, what is your strategy for getting more organizations involved?

Daggett: Our two founding partners are New Jersey Public Radio (NJPR) and the Center for Cooperative Media at Montclair State University (the Center). NJPR is our lead editorial partner; they will be hiring 3-5 New Jersey-based reporters to cover the state. They also will be leading collaborative reporting projects and hosting town hall forums on a variety of relevant topics.

The Center is facilitating collaboration and sharing among news organizations across the state, recruiting new partners, and also curating the important and interesting stories being reported daily. The Center is also planning to offer a wide variety of training and services to news organizations, and engage their journalism students in the collaborative effort as well.

There are a number of other partners, including WBGO, NJ Spotlight, NJTV, and NJ.com (as well as NJPR), which all have office space on the MSU campus and access to a shared newsroom, brand-new radio studios, and a state-of-the-art television studio.

Several hyper-local sites around the state are actively participating in the collaborative effort, too, including Red Bank Green, Jersey Bites, Baristanet and MyVeronaNJ. We see the potential for scores, even hundreds, of partners as the state’s news ecosystem grows and thrives.

Are there similar projects in other regions of the country that you’re using as models, or as sources of inspiration?

Daggett: There are several similar projects, though none on the same statewide scale that we are aware of. For example, the Knight Foundation funds the Center for Collaborative Reporting at Mercer College in Macon, Ga. (read the Collaboration Central article about the Macon Center), as well as TheNewsOutlet.org, which is a project of Youngstown State University. Both of those projects actively engage and train college journalism students and partner with local media to cover important issues in their communities. There are also projects in Santa Barbara, Buffalo, Oregon and New Orleans which bring broadcast, digital and print organizations together to collaborate with one another.

We are eager to connect with and learn from any projects, organizations and people whose work will help inform what we’re trying to accomplish here in New Jersey.

How will governance of the Collaborative work — who’s in charge? How will editorial decisions be made?

Daggett: Each organization retains its individual autonomy and editorial control. There is no one organization in charge, but the Center acts as the hub, encouraging news organizations and journalists to work with one another and facilitating small and large-scale projects. However, the journalists themselves will determine the subject and scope of those projects.

The Dodge Foundation is simply a lead funder and fundraising partner for the collaborative work.

What’s your timeline? When do you expect partners to begin sharing content with each other?

Daggett: News organizations are already working together and are building on some existing relationships as well. WBGO and WHYY, for example, have shared a statehouse reporter for many years. NJPR, NJ Spotlight, and the Hechinger Report (which is based in New York) are currently collaborating on a year-long project on education reform efforts by featuring the Quitman Street School in Newark, N.J. ProPublica will be offering training on investigative reporting to N.J. news organizations in the coming year. And the Center has already established a service (Repost.Us) which allows participating organizations to easily share their content with one another.

A year from now, you will have succeeded if … [fill in the blank]. What about five years from now?

Daggett: A year from now, we will have succeeded if we are able to significantly expand coverage of New Jersey news, have under our belt at least one large-scale collaborative reporting project involving multiple partners, and have launched some creative community engagement projects.

Five years from now, we want to have developed a new model for the news in New Jersey. We want to see a financially stable news ecosystem, which continues to grow and thrive, and share and collaborate — a news ecosystem that is valued and supported by the public.

We also hope to see more actively engaged residents participating in community decision making and working alongside us to imagine a better New Jersey.

Stepping back from this project in particular, how does collaboration figure into your foundation’s funding priorities more generally?

Daggett: The new reality of this leaner economy is that the entire nonprofit sector has had to rethink the way they operate. Sharing resources and reaching out to new partners has become essential to succeeding. And frankly, we believe that the truly innovative work often comes from these unexpected partnerships. We spend a great deal of our staff time connecting people and organizations to one another, convening leaders, and encouraging collaboration (including cross-sector collaboration) at all levels. We also try to lead by example and collaborate as much as possible with our funding colleagues in the state and the region.

Editor’s note: The original version of this post said that there were no commercial television stations in Oregon – that is incorrect. We apologize for the mistake.