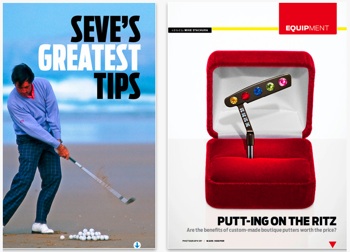 It seemed like the first-delivered iPad was hardly unsheathed from its box before News Corp. CEO Rupert Murdoch, apparently unfazed by a rich past of misguided forays into Internet ventures, announced the launch of The Daily, which was immediately labeled the first tablet-only newspaper.

And it was mere weeks — if not days — after its debut when media critics began declaring it a failure, often pointing to a sense of wandering malleability as The Daily’s staff grappled with the dilemma of where a news app fits in a world of near-instantaneous news. Gawker readers guffawed at a leaked memo from editor in chief Jesse Angelo instructing his staff that they were to find, among other things, the “oldest dog in America, or the richest man in South Dakota.” Hilarious comments like these reveal an oft-repeated lack of vision that nearly always plagues the first pioneers of a new medium.

What we learned is to not try to reinvent the wheel. You try to take what you have and move it to the next level." -Bob Carney

In its early days, the radio industry remained a meandering platform thought to be utterly useless to advertisers and entertainers until Albert Lasker, considered by many the founder of modern advertising, discovered comedic actors like Bob Hope and used them to promote Palmolive soap, Pepsodent toothpaste, and Lucky Strike cigarettes to millions of listeners. With mobile and tablet apps, content producers must weigh their offerings in print and on the web and determine what more, if anything, they have to furnish on an app.

Despite such still-lingering questions, Conde Nast has thrown its hat into the ring, launching iPad apps for several magazine titles. It led with an app for the venerable New Yorker and a much-touted, widely praised one for Wired, and it began expanding into the app sphere even more when Apple launched magazine subscriptions on its tablet device.

Though it’s still too early to be considered a “veteran” of the mobile app, Golf Digest wasn’t exactly a novice to the medium when it joined its sister publications with a new subscription offering. It had already been publishing a mobile phone app and, earlier this year, had spun off one of the magazine’s annual features — the Hot List — into its own iPad app. The monthly iPad magazine subscription, Conde Nast announced, would be $1.99 per issue or $19.99 per year.

So how did Golf Digest determine what kind of content would be ideal for not only driving its print and web readers to the app, but new users as well?

The rule is to read the reader

Bob Carney, the magazine’s brand editor, is someone who grappled with this question in the months leading up to the subscription’s launch.

“For Golf Digest, I think at the very beginning we thought we’d add every kind of bell and whistle we can,” he told me in a phone interview. “And we found out that not only is that costly, but really for someone coming to Golf Digest, what they want is more of what they get in the magazine. So for the magazine, instruction and service information about the equipment are the most important things, and the iPad app ought to take that and extend it, not go somewhere else.”

Case in point: the publication’s swing sequences. Flip through any issue and you’re apt to come across them — the arc of a golfer’s swing spread out across several images. The digital editor’s natural inclination is to dispel of the still images completely and upgrade to video, perhaps even making it embeddable for wider distribution. Carney and his team, when making the iPad app, opted for an even more granular level. Taking advantage of the tablet’s high-resolution screen and interactive features, they designed the swing sequences so the user can control every facet of the swing, jumping forward and back, pausing at the moment of impact. By handing over this control to the user, Carney said, it allows him to learn at his own pace.

This isn’t to say video doesn’t have its place within the iPad. Sometimes, the magazine will take a swing sequence by, say, Adam Scott, whose swing Carney characterized as “beautiful,” and then shoot video of other golfers offering audio commentary, analyzing the minute details of Scott’s technique in a way that sheds light on the methodology of a truly superior golfer.

“What we learned is to not try to reinvent the wheel,” Carney said. “You try to take what you have and move it to the next level so that the user gets more information and control and you’re using all the audio, video, and other tools available. The web is nice, but the web is usually ‘lean forward,’ where somebody says, ‘You should see the Adam Scott swing sequence,’ and you have two minutes before your next call and you look at it and you think it’s cool and a great swing and now you’re back to work. When you’re playing on the iPad and you have the time to listen to those guys and move that swing back and forth, it’s a different experience, and it’s very cool.”

Like the web, an iPad app is devoid of the distribution costs that hinder print, allowing the editorial team to vastly expand on something that might take up only a few pages in the print magazine. But of course most of the stuff that ends up in the app must be directly correlated with that month’s print issue, necessitating constant overlap between the print and digital teams as the magazine is put together. Carney estimated that it takes three weeks to compile the print issue and three weeks for the app, with a two-week overlap in between. “We have a wall where every page is put out, and I noticed recently they have a layout of the July issue for every iPad screen as well.”

Like other publications, Golf Digest is experimenting with rolling out individual apps and products centered around its annual lists. Its Hot List, a yearly ranking of the best golf equipment, was spun off into an iPad app before the magazine itself was even offered on the device.

Craig Bestrom, the magazine’s editorial development director, told me in a phone interview that the app allowed his team to expand the list beyond the realms previously employed in the print product.

“The equipment portion of the magazine that was devoted to the Hot List was probably 60 pages,” he said. “And this app had close to a thousand screens. That’s probably the greatest comparison that you can make, that suddenly we’re able to devote a lot more photographs and information. This is a far more comprehensive guide compared to what you get in the magazine. It’s not only drivers, but all the new sets of irons, all the new wedges, all the new putters. It’s all the club gear for 2011.”

In the print version of the Hot List, for instance, the magazine featured about 14 drivers, and each driver was assigned a quarter of a page. But with the iPad app, Bestrom said, you get “multiple images of the driver, you get the sound the driver makes at impact, you have the ability to share on Facebook or on Twitter to your friends about a particular club or clubs that you liked and why you liked them.”

The opportunity for e-commerce

The app allows for an e-commerce opportunity as well, enabling its designers to offer the clubs featured in the list up for sale with a simple click. Through a program called Golf Digest Rewards, a user is able to sort through the best prices for a club and purchase it via the app. Bestrom didn’t have ready sales figures for me, but the e-commerce component indicated an opportunity for a diversification of revenue that may be necessary as print advertising revenues decline.

Ultimately, it seems the iPad app fits in between the stodgy formality of a print product and the open flexibility of the web. For Carney, it’s the removal from the immediacy of the Internet that allows the magazine to flourish within this new medium.

“It works much more like a magazine, in that you really have to make it an experience in itself,” he said.

And according to a recent survey, the consumers most coveted by high-end advertisers may agree. As Business Insider’s Noah Davis put it, “The average user is roughly $60,000 richer and eight years younger than the typical Golf Digest reader, with an annual household income of $279,600.”

Perhaps Golf Digest, the magazine for a sport thought to be played mainly by the affluent, is the perfect publication for a device often associated with that same demographic.

Simon Owens is the director of PR at JESS3, a design agency in Washington, D.C. You can read his blog or follow him on Twitter