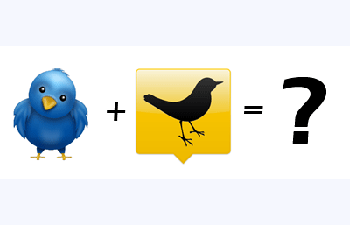 Welcome to the ninth episode of “The Mediatwits,” the weekly audio podcast from MediaShift. The co-hosts are MediaShift’s Mark Glaser along with PaidContent founder Rafat Ali. This week’s show looks at the recent purchase of Tweetdeck by Twitter, and the questions it raises about companies starting businesses on the platform of other companies. If you run an app for Twitter but aren’t bought by Twitter, where does that leave you?

The conversations are already happening where people are at, so I'm not going to require people to come to our site." -Jen Lee Reeves

This week’s special guest is Jen Lee Reeves, who teaches at the Missouri School of Journalism and is the interactive director for KOMU-TV. She has been covering the recent tornadoes and bad weather in Missouri and using her TV station’s Facebook page to connect with its community. Finally, the talk turns to conflicts of interest for entrepreneurial journalists and tech bloggers such as Michael Arrington, Kara Swisher and Om Malik. Should they be able to invest in companies they cover, be venture capitalists themselves? How do they maintain credibility?

18:45: People coming to KOMU page rather than just reading news feed on Facebook

25:55: Rafat on how PaidContent dealt with conflicts

28:10: Mark notes the problem might be what people don’t cover too

30:10: Om Malik was a respected journalist before becoming venture funder

What the Tweetdeck Acquisition Means for Marketers at AdAge

Newsroom, Community Use Facebook as Key Hub After Joplin Tornado at MediaShift

Images and Video from Joplin Tornado at KOMU

Kara Swisher, Michael Arrington, and me: New conflicts, and new opportunities, for the tech press at Nieman Lab

Godspeed on That Investing Thing, Yertle-But I Still Have Some Questions for Your Boss, Arianna at AllThingsD

Don’t forget to vote in our weekly poll, this time about how journalists can deal with conflicts: