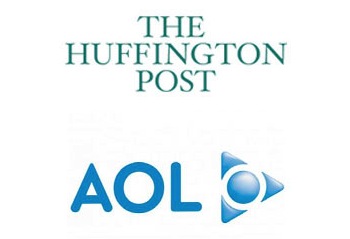 Jonathan Tasini’s at it again.

Last week, the writer and labor activist declared war on Arianna Huffington, first promising to make her “a pariah in the progressive community” and then threatening to make her life “a living hell.” He went on, in a splendid variation of Howard Beale’s “I’m mad as hell” speech, to say that unpaid Huffington Post bloggers are “modern-day slaves” on “Arianna’s…plantation.”

In short, Tasini’s a real charmer.

He made those comments in the shadow of a class-action lawsuit he filed April 12 against the HuffPost and its parent company, AOL. Tasini claims that all unpaid HuffPost bloggers — he was one of them, until two months ago — deserve a share of the site’s estimated $315 million buyout value. Specifically, his magic number is $105 million. He wants not a penny less. Why that much? Because “justice” demands it, of course.

The lawsuit really is two things: It’s interesting and it’s a loser. On the one hand, the suit raises some provocative big-picture questions. Should media sites pay their content creators? If so, how would those relationships be structured? If not, how would the supply of free content affect the creative market? On the other hand, a trial court is not the best forum for those questions, and the suit relies on weak legal theories.

The big theory, the one I’ll focus on here, is unjust enrichment. Tasini argues that Huffington Post has generated enormous revenue by inviting people to blog for the site on a volunteer basis, in exchange for exposure. The low production costs have lifted the HuffPost’s value, with the “entirety of the financial gain” going to the site. The bloggers have received no money, even though their content has generated a portion of the revenue. As a result, the HuffPost has been unjustly enriched.

So goes Tasini’s argument, and needless to say it’s unpersuasive. The theory of unjust enrichment stems from the principle that one person should not be allowed to enrich herself at the expense of another. It applies in cases where no legal contract exists. After all, if a legal contract existed, then its terms would dictate the relationship between the parties — their rights and obligations. On a claim of unjust enrichment, the court can impose the obligation of one party to pay the other, in the absence of a contract, if doing so would be fair and right.

In the Southern District of New York, where Tasini filed his lawsuit, a person “seeking relief under a theory of unjust enrichment…must demonstrate (1) that the defendant benefited; (2) at the plaintiff’s expense; and (3) that equity and good conscience require restitution.” In other words, Tasini needs to show that the HuffPost benefited from the posts written by the unpaid bloggers, that the HuffPost benefited at the expense of those bloggers, and that requiring the HuffPost to repay them is the fair and right thing to do.

I bet Tasini could satisfy the first two elements, either by submitting evidence about the amount of revenue that the Huffington Post realized from each freebie post, or by submitting evidence about the savings in production costs that HuffPost realized by using unpaid bloggers. However, I don’t think that “equity and good conscience require” the HuffPo to repay them. Thus, Tasini couldn’t satisfy the third element.

It’s easy to think of the unpaid bloggers as helpless — as victims of a tidal wave of digital-industrial capitalism. But that’s too generous. I’d like to see writers get paid just as much as the next guy, but the HuffPost bloggers chose to write for free. They’re not “modern-day slaves,” contrary to what Tasini said, and their relationship with the site has been informal, at best. As Lauren Kirchner wrote in February, in the Columbia Journalism Review:

The thousands of unpaid bloggers…have signed no agreement with the site, and are under no obligation to submit their stories with any regularity. They do not receive assignments. If they have an idea for a post but then decide not to write it, they are not penalized by the site’s editors in any way…When bloggers no longer feel it’s in their interest — or that it’s disproportionately too much in AOL/HuffPo’s interest — then they’ll quit, which they have every right to do…Every individual writer has his or her own individual motivations for contributing for the site.

Tasini offers no evidence that he expressed to the HuffPost any expectation of payment. Nor does he offer evidence that the site expressed to him that he’d be paid. In short, he had no reasonable basis to believe he’d get any money. For these reasons and in light of Kirchner’s comments, I just can’t say that “equity and good conscience require” the Huffington Post to repay the bloggers.

If they want to get paid, they shouldn’t write for free.

Jonathan Peters is a lawyer and the Frank Martin Fellow at the Missouri School of Journalism, where he’s working on his Ph.D. and specializing in the First Amendment. An award-winning freelancer, he has written on legal issues for a variety of newspapers and magazines. He can be reached at [email protected]

One response to “Tasini Lawsuit Against Huffington Post Has No Merit”