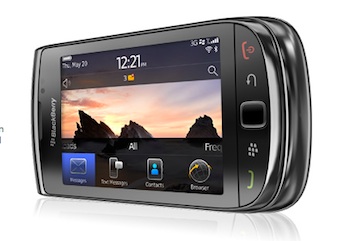 Next week will be decisive for BlackBerry corporate users. BlackBerry maker Research In Motion (RIM) could provide a solution to help security agencies in India access corporate email by obtaining encrypted data in readable formats. If RIM does not offer a solution before the end of the month, India has warned that it will block BlackBerry Messenger service in the country for corporate users.

BlackBerry phones encrypt their services better than most smartphones do, and this has been one of the selling points for BlackBerry as a device for corporate users. RIM has to this point refused to provide access codes that would allow governments to monitor the content of encrypted messages. Should RIM provide the Indian government with access to the data, it would not only hurt freedom of expression — it would likely also hurt the BlackBerry’s reputation as the business device of choice.

Are the requests for BlackBerry to offer access to its services truly meant to fight terrorism, or is it about monitoring the communications of citizens?"

About More Than The BlackBerry

The Indian government isn’t the only seeking access to BlackBerry data. The United Arab Emirates and Saudi Arabia claim that BlackBerry’s services break their laws and threaten national security. The UAE’s Telecommunication Regulatory Authority announced that it will suspend BlackBerry’s instant messaging, email, web browsing and roaming services starting October 11. Saudi Arabia, meanwhile, is still allowing BlackBerry’s instant messaging service to operate. Saudi authorities had planned to suspend it on August 6, but they only ended up blocking the service for a few hours. The company and government continue to work toward a compromise.

Reporters Without Borders is worried about the BlackBerry issue because the “national security” argument is just a pretext for these countries to take steps to restrict access to new technology and to tools that help with freedom of expression. In the UAE, some BlackBerry users were arrested for using BlackBerry Messenger to try to organize a protest against increased gas prices.

What really bothers these countries is their inability to monitor the communication flowing via BlackBerry’s services. Indonesia, Egypt, Lebanon, Algeria and Kuwait have also voiced concern about BlackBerry’s encrypted services, and it’s no coincidence that some of these countries are home to a wide range of censorship measures. In Indonesia, for example, the government requires ISPs to filter out porn — without providing them a specific list of offending sites. The inevitable result is that the ISPs cause collateral damage by blocking other websites with no direct link to pornography. This is also the case in Saudi Arabia. Filtering also slows down connection speeds throughout the country. Aside from censorship, these countries are also known for monitoring the communications and web usage of citizens.

It’s therefore natural to question whether the requests for BlackBerry to offer access to its services are truly meant to fight terrorism, or if it’s about finding another way to monitor the communications of citizens?

These countries would do well to learn from an example in the United States. In 2003, the Department of Justice drafted legislation that would have lengthened prison sentences for people who used encryption in the commission of a crime. Defenders of encryption said it would do little to help catch terrorists, and would instead hamper the work of activists. The legislation never passed — even though the fight against terrorism was a top priority of the government.

RIM’s BlackBerry encryption isn’t alone in being targeted. India plans on asking Google and Skype for similar access, which means this issue is about more than just one company’s device. It’s about the future of private communications in countries prone to censorship and other abuses.